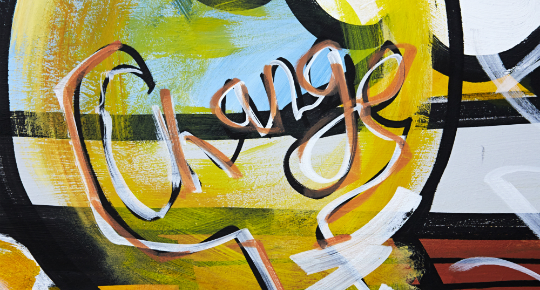 When was the last time you changed your mind on an important issue? For many people, the answer is likely to be ‘a long time ago’. There’s no doubt we’re living in divided times. So, it’s important to understand why people feel the way they do, how to connect across divides, and ways to help change minds.

This was the jumping off point for last week’s Charity Comms conference, which was packed with comms people ready to be challenged about how we can help to change hearts and minds.

Why it’s hard to change minds

Moving people to feel and think differently is not an easy task: certain approaches – while totally understandable – can even make things worse. As the behavioural scientists from the Depolarization Project explained, presenting people with facts and figures to try and convince them to change their mind can in fact entrench their opinion even further. Facts alone won’t change how people think.

Part of the solution is not to frame things as ‘right and wrong’ or ‘good and bad’ – a simplification which often worsens the polarisation of opinion. Instead, being open-minded and building bridges between different opinions is vital – as is the way that things are framed.

A great example of how to reframe narratives was shared by Joseph Rowntree Foundation, who wanted to counter misconceptions like ‘poverty doesn’t exist in this country’, or that ‘people are responsible for their poverty, and should try harder and work more’.

As JRF’s useful toolkit explains (jrf.org.uk/report/framing-toolkit-talking-about-poverty), there are important ways to position discussions around poverty to help people to understand and sympathise with the issues around it.

This includes using metaphors, such as those involving water. For example, people can be ‘pulled’ into poverty by ‘powerful currents’ beyond their control, but the social security system can be redesigned to help people to ‘stay afloat’. Using these kinds of techniques helps to trigger different ways of thinking and can increase support for important policy changes.

Repositioning the narrative is certainly an effective way to change hearts and minds. But you can also change how you think about your audience.

Forster’s own model for driving action segments people through behaviours and attitudes. This allows us to target those people that are most likely to support change, getting them on board to help convince their peers.

We do a lot of work with organisations on their sustainability journeys, and a common challenge for those at the start of it, is a lack of internal understanding and desire to change. But by thinking about organisations as communities, rather than hierarchies, employees can be recognised as individuals, instead of as their roles.

We identified six core segments within an organisational community: Outriders, Storytellers, Followers, Cynics, Self-Assureds and Rejectors. Moving employees from one segment to another is all about understanding their barriers and motivators, and there are clear ways to get the critical mass needed to create real change. For example, cynics want the case proven to them and are likely to dig in their heels until they are given an easy way in that doesn’t knock their ego.

Changing hearts and minds takes time. But by really understanding why people feel the way they do, we can use the right motivators and framing to challenge assumptions and show that positive change is possible.