The battle between head and heart 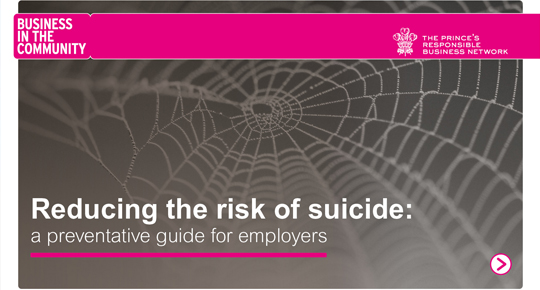 Working in social change PR inevitably means working with emotionally-charged topics more often than not. It’s rare to have a week at work that’s simple “business-as-usual” given that you might be developing an awareness campaign on FGM one week and promoting fundraising for children’s mental health support the next. Our brand of PR isn’t champagne and glamour and we can’t be flippant about the subjects we work on. The upside is that our line of work attracts people with empathy – which is a quality a lot of people are desperate to see right now. And the trick to being an empathetic and clever communicator is to balance that very human need to empathise alongside having enough professional distance and structure to create approaches that are practical, impactful and useful – campaigns rooted in pragmatic measures which demonstrably make a difference, as well as sometimes using heartstring moments to create the necessary emotional connection.

An element of empathy is essential, and it’s one that we increasingly see in the progressive organisations we work with – a recognition of the need for decision-makers to understand the human impact of what they do and campaign for by walking in the shoes of those affected. At the same time, you have to focus on practical, pragmatic support or methods to get people’s attention and have them believe that their action will make a difference. The more emotive the issue, the harder this is to get right.

Personally speaking, I’ve had to tread my own line of balancing empathy against practicality to get the best end-result. In March, having worked with Business in the Community and Public Health England, we completed two toolkits for employers on the topics of suicide prevention and suicide postvention (what to do in the aftermath of a suicide). Creating those resources took an emotional toll on all of the team involved. My lowest – and highest – moments all involved working with people directly affected by suicide, either through the death of a loved one, or who had personally tried to take their life. While you often have to put sentiment to one side in my job, it’s impossible to do that when you are talking to someone who has been through some of the worst personal moments you can possibly imagine. There were a few times when I had to take a bit of me-time after especially harrowing interviews or meetings.

Nonetheless, I’m part of a team whose job it is to produce compelling resources designed to create change and provide practical solutions. We worked with leading experts and business practitioners, and the results are groundbreaking resources for employers which exist nowhere else. We think they’ll save lives. If they’d been written exclusively from an empathetic perspective they would be missing the pragmatic ways that employers can take action and provide support. At the same time if they were designed to only include hardline objective business-focus, they risk being dry, cold and impenetrable. Real change-making communications need both sides of the coin.

That balance is perhaps best personified by everyone’s favourite uncle-they-wish-were-theirs, Sir David Attenborough. In the programmes he fronts on the natural world he has an obvious and inspiring empathy with the creatures and habitats featured, but the distance and gravitas to be able to set their situation in a wider context and offer hope and practical solutions for tackling issues like climate change which threaten their futures. Everyone working in social change PR could do worse than asking themselves a simple question when approaching a similar challenge – what would David do?