Be Visible – Charities, the climate crisis and responding to progressive challenges 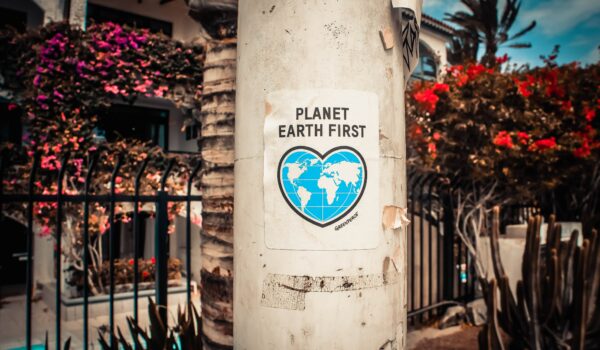 Two years ago we produced our Method to Mission report, examining how charities were responding to the increasing focus on organisations living their values and being progressive through their own corporate responsibility and sustainability. It came from the following simple premise:

It’s no longer enough for a charity’s purpose to be reflected in what it does and the impact it has. Purpose has to be embedded in every aspect of how the charity acts.

What we found at the time was the pace of change and progress in the corporate world in this area wasn’t yet being matched in the charity sector. We took a snapshot of the top 100 charities to find out how visible their commitment to corporate responsibility and sustainability was. The main findings were:

Since we produced that report, a lot has happened in the world and we are not just referring to the pandemic.

XR very successfully jolted business and politics out of complacency around the scale and urgency of the climate crisis just months after we produced our report. As a result, many high profile companies declared a climate emergency and made commitments to become net zero. Some charities and representative bodies also followed suit.

In 2020 #CharitySoWhite shone a harsh light on the lack of diversity in many civil society organisations, #ShowTheSalary campaigned for organisations to support more social mobility and almost every week there is news of a charity facing up to its own failings or complicated history or being forced to do so in the public eye.

What does this all mean? It means simply being a charity does not give you a free pass. You have to work at it, live your values and demonstrate to your own community and the outside world that you have a licence to operate. It is something the corporate world has been wrangling with for some time.

So, we looked again at the impact of the climate crisis and how the largest charities are now responding to it.

What did we look for?

We examined the top 50 charities by income and looked for publicly available answers to the following questions:

In our report two years ago, charities were lagging a long way behind businesses when it came to their public commitment to and investment in corporate responsibility and sustainability.

However, in relation to tackling the climate crisis they are now actually ahead of their corporate peers. This recent report on FTSE100 companies and their sustainability reporting shows that 45%  are committed to net zero transition by 2050, but only 16% have published a strategy to realistically meet the commitment.

The response from the sector more generally has also been very progressive. ACEVO created its climate crisis member working group, which in turn produced 7 sustainability leadership principles and is encouraging charity leaders to commit to them.

The Crack the Crises campaign has built a movement of voluntary organisations collaborating to tackle the challenges the world is facing such as Covid, injustice, climate change and nature loss.

Why charities should take the lead

Businesses have long been aware of their need to take the action required to maintain their licence to operate – meeting the statutory requirements to allow them to trade but also ensuring they have the ethical credentials to do so as well.

A charity number effectively provides the same but it is not enough. With increased scrutiny of all institutions and organisations, an estimated £10bn hole in charity income caused by the pandemic and a difficult and sometimes divisive relationship with the current government, UK charities need to go way beyond a licence to operate to get the support they need to deliver positive change.

Charity leaders asking what the climate crisis or issues like equality, diversity and inclusion have to do with their particular mission are asking the wrong question. They should be asking what they can do in those areas to support delivering against their mission, whatever that mission might be focused on. Fail to do that and you severely hamper your ability to deliver.

Two years ago, we looked at the factors that led to charities being criticised for how they operated and when they fell short of their own values and external expectations of how they should behave. With an increasing number of incidents making a splash in the media and on social media this year, addressing those factors is even more critical now:

Lack of leadership – Leadership is often framed in the singular but it is most effective in the plural.  Many people within a charity can and do fill a leadership role, whatever their position in the hierarchy and especially when it comes to communication. This includes the crucial role of governance from Trustees. When this was missing or not as effective as it should be, and there is no representation of values or an openness about mistakes, the method started to unravel. It was difficult to see how bad practice was being sorted out and in worse cases, delegation became an easy form of passing the buck.

Need for more joined up thinking – Often there was a disconnect between leaders and ‘on the ground’ staff; there may have been several departments working in silos and towards separate goals. A ‘beneficiaries first’ approach became toxic as the charity forgot all its other stakeholder groups; from the employees, to the environment and communities they operate within.

Exposing skeletons in the closet – For every enthusiastic volunteer who wants to change the world, there are also those with less-than-perfect intentions, judgement or moral compass. When a charity was not transparent or proactive in dealing with and responding to issues, there was little room to learn from those mistakes.

Toxic working cultures – reports of bullying, staff harassment and discrimination, while not specific to the charity sector, were widespread. It contributed to poor mental health for individuals and undermined the performance of the organisation and ultimately, their impact. Like most of these common threads, it is inherently interlinked to others including leadership and whistleblowing.

The importance of supporting people to speak up –when charities didn’t retain a set of shared values or have appropriate channels for whistleblowing, employees and volunteers became unempowered and too scared to admit when something has gone wrong. Regardless of the problem – from misappropriation of funds to safeguarding issues – a culture of speaking out and being listened to was often missing.

The ‘Halo effect’ – while many charities tick the boxes for the various charity regulator or standards bodies, their practices rely on an outdated belief that because they are a charity, everything they do must be beneficial.  Whether it’s not being more inclusive in their hiring, not paying a living wage or using suppliers that are flagrantly contributing to climate change, those day-today decisions have huge knock-on effects. They mean the charity is not meeting the public’s expectations and reinforce the stigma that charities act like they are entitled to get away with things because of the work they do.

Time to be visible

In our last report, we produced 9 ways for charities to better match their method to their mission, all of which remain relevant and we have republished here.

However, there is one element that we believe needs to be prioritised by all charity leaders. We mention here the need to show your workings but it isn’t enough. Organisations need to upgrade from transparency to visibility.

Visibility is active. You don’t just open the door and let people look, you guide them through, explain the context and rationale for the things you are doing, you talk through the challenges involved and the impact both positive and negative, list the uncertainties and risks involved, empathise with the emotions people will have around it, and explain why some of the drawers and cupboards must remain locked. You also respond to questions and challenges with honesty and say what you are going to do in response.

But life’s complicated and messy and things don’t always go as expected. Many organisations have difficult histories and legacies. Acknowledging that reality is much more reassuring and builds more trust than pat responses and empty reassurances. That’s being visible.

Many charities are having to make and communicate difficult decisions rapidly and under stress which have real world consequences for the issues and people they support, their employees, donors and partners. They need to be visible while doing so – acknowledging the challenge and the human impact, providing context and qualification, being candid about the risks involved and the potential consequences, being clear about accountability and responsibility, explaining why some aspects of what they are doing need to remain behind closed doors.

Being visible and taking a lead on the broad challenges organisations and our society are facing – climate change, social justice, discrimination – means you will have much stronger foundations for doing the same on the cause you are seeking to tackle.

There are nine ways charities can ensure their methods match their mission.

Have a helicopter view

On a regular basis, take a step back and consider the bigger picture of how the charity is operating, above and beyond the initiatives and frameworks that cover issues like diversity and ethical fundraising. Use a tool like bimpactassessment.net to give a different way of considering the method and the impact being made across all stakeholders.

Progressive organisations treat their own staff as their one of their most important audiences – give them the opportunity to raise issues and concerns, talk them through openly and do something about them.

Be a progressive leader

Do as I say not as I do isn’t a sustainable approach to leadership. Senior leaders in charities need to set the example when it comes to living the values of the organisation through how they work and how they manage and lead others.  They set the culture and behaviour of all.

Diversity and inclusion should not be a box-ticking exercise – make room for people from all the communities the charity supports and operates in, and listen to them.  Yes it might challenge the status-quo, but the new ideas and approaches introduced will be critical to long term success.

No progressive organisation should be aiming for compliance. Create a culture that values being progressive in how the charity works rather than seeing standards and frameworks as impediments to delivering against the mission.

Push power and responsibility to where the real change takes place and give the people living and breathing the issues the agency and support to act.  Give them a voice in the charity’s approach and ways of working.

Don’t lament the reality gap between how many charities operate and how the public think they do and should. Treat everyone, including staff, as adults and be transparent about what the charity does and how it does it, celebrate when it goes right, be open when it goes wrong and say what is being done in response to problems.

Charities do not have a monopoly on social change and it is increasingly important to work with other charities, businesses and government bodies to extend reach and impact as quickly as possible. Being progressive in ideas and approach will make a charity a much more attractive partner for change.

Invest in people and systems

HR, governance, sustainability are not overheads, they are essential components of a progressive sustainable organisation. Investing in them Is essential.

If you would like to discuss any aspect of this in more detail, please contact me on