Can money really ever be good? 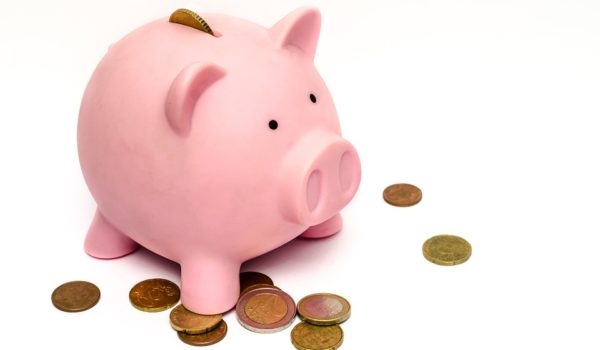 The fact you are more likely to divorce your spouse than change bank accounts is so well cited that it’s a cliché. There are, obviously, a thousand reasons why this is the case. But, one of them certainly seems to be apathy. Or at least a feeling that not much would change by changing the way we use money. Service, products and outcomes often don’t seem to alter from one provider to the next, so why go through the upheaval? Especially when traditionally changing between providers has not been made easy. Another is that our view of the way our money is kept safe, invested and transferred doesn’t seem to have changed much over the hundreds of years banks have existed. However this is slowly starting to change.

New entrants to the market are starting to disrupt traditional systems. Metro Bank was granted the first full service banking licence since the 19th century in 2010 and since then things have continued to change at a lightening pace (for financial services). New entrants like Monzo, which offers new ways to track spending and makes traveling abroad easier and cheaper, are more tech innovators than financial service providers and have left traditional banks struggling to keep up. Legislation is also playing its part. Open Banking was launched in 2016 because it was felt there wasn’t enough competition between the big banks for business. When it is fully operational, Open Banking will enable personal customers and organisations to compare products and manage their accounts using regulated third parties. The overall aim is to provide new and innovative payment services which could have a major repercussions for how we use money.

With all of this change has come a movement that realises what we do with our money has (or should have) an ethical element to it. Investment has seen perhaps the biggest change in this regard. The idea that investing in arms and tobacco is not ‘worth’ the returns isn’t a new idea. But it has taken a surprisingly long time for this thinking to go one step further. Now there are a growing number of consumers and businesses who have realised you can actively divest from sectors you aren’t comfortable with, such as fossil fuels, and actively invest in ethical businesses. In 2016, The Wallace Foundation announced that the scope of global fossil fuel divestment had doubled, with institutions and individuals controlling $5.197 trillion in assets pledging to divest. The UK National Advisory Board for Impact Investing has also recently laid out plans to help the UK become a leader in ethical investment.

With the incredibly well, almost gleefully, publicised troubles of Co-Op bank, there did seem to be a distinct lack of options for personal bank accounts when it came to ethical considerations. This seemed to leave us with the ‘big four’ all of which have been accused of less than savoury practices both internally and to their customers. But, earlier this year challenger bank Triodos launched a personal account for the first time. Triodos is unique in the UK in that it only lends money to organisations and projects that are “making a positive difference to society”. But, with more and more people looking to ensure their money is used in ethical ways, it seems likely that other challengers will enter the market soon.

So, the idea that it’s both difficult to change to ethical financial providers and that there are no better alternatives is now, finally, demonstrably wrong. Which means we’re left with fewer and fewer excuses not to make the change. Perhaps this can be an easy alternative to normal New Year’s resolutions; rather than the horror of facing the gym come January, we can hop online and click a few buttons to make the way we use our money more ethical.