Can the heroes of Rio really inspire a nation to get fit? 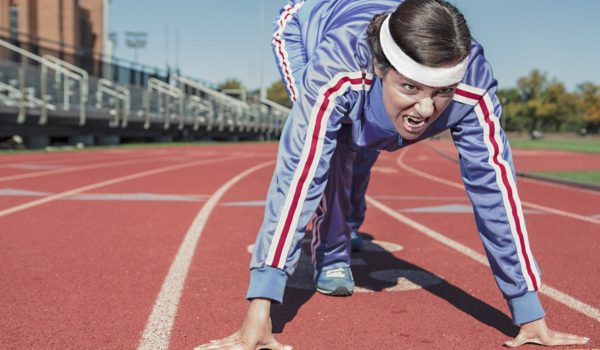 Team GB have brought home a record medal haul from Rio, defying expectations that our elite sportsmen and women would struggle to replicate the success of our home Olympics in London in 2012. Great Britain even managed to overtake China in the number of gold medals. That’s some achievement for a country of 64 million people, compared to China’s 1.36 billion. And in the aftermath of the divisive Brexit vote, the strong performance had the added bonus of bringing the country back together, if only temporarily.

Already plans are being drawn up to do even better at the next Olympics in Tokyo in 2020. But perhaps the biggest challenge is how we use our elite athletes’ medal success to inspire Brits to get fitter and healthier. For while our Olympic story of the past 20 years is one of transformation into sporting superpower, we have little to be proud of when it comes to the physical wellbeing of the nation.

Just as our athletes have been getting quicker and stronger, the men and women of Great Britain have become bigger and slower. When it comes to sport we talk a good game, usually from the sofa in front of the television. One in four British adults is obese, according to the UN, and on current estimates more than half of the population could be obese by 2050.

There had been hopes that London 2012 would be a turning point in the nation’s health, and that the legacy of the Olympics would be to inspire people to walk, run, swim and jump in large numbers. Alas, the warm glow did not last beyond that Olympic summer and there is no evidence to suggest that Rio will be any different.

Is it right to invest millions of pounds of National Lottery money (£350 million since London 2012) in elite athletes when funding for grassroots sport is getting squeezed more and more? Should more of that money be shared with communities to encourage more children and young people to participate in sport at rates that are affordable to all sections of the population? Can we take pride in the achievements of our elite athletes without making greater efforts to tackle the obesity time bomb?

As a PR agency committed to positive social change, we have been asking these questions, fondly remembering campaigns like #ThisGirlCan which created a real buzz around participation in sport. For us, it isn’t an either / or argument – the benefits of investing in elite sport are obvious in terms of both generating positive pride in the nation and increasing our soft power. They might also inspire more to get involved in sport but it is unfair to expect Olympic success to be a magic bullet for increasing participation in sport and active lifestyles across the board. When it comes to changing behaviour and inspiring people to do something, you need to identify and push the right buttons. When it comes to being more active, in board terms that means making it easy and relatable – we need to see and be inspired by people like us getting involved, to tackle the fear factor for those who haven’t been active for a while, and once inspired we need to be presented with easy, accessible ways to turn inspiration into action. It is about upping the motivation and removing the barriers to creating the positive behaviour change.

We try to practice what we preach, with a lunchtime running club, incentives to encourage colleagues to cycle to and from work, and during the working day, and healthy eating programmes.  But we were not encouraged by the Government’s Childhood Obesity Plan, published during the Olympics almost apologetically, with little fanfare. Although ministers are quick to claim credit for the impact of Government-sanctioned National Lottery money on elite sport, they take the view that a much lighter touch is best when it comes to the health and wellbeing of the nation. The strategy will do little to remove the barriers to eating more healthily and being more active.

This increases the need for action in two key areas: behaviour change campaigns and initiatives that challenge the way we live and offer a genuine alternative, with achievable targets and demonstrable benefits; and campaigns to increase funding and support for the facilities needed to make being more active easier and more accessible. On that last point, this doesn’t have to mean Olympic size pools in every town and city (though that would be great). The Parkrun movement has demonstrated the impact you can make through pushing the right motivational buttons and using the parks and open spaces that already exist.

Olympic stories of superhuman achievement frame the conversation but we need to give real people the knowledge and tools to take those first small steps that will build a movement to encourage healthier lifestyles. There is an opportunity for local authorities, voluntary organisations and business to seize the Olympic legacy for the benefit of millions of ordinary people, and not just the next generation of Olympic athletes.