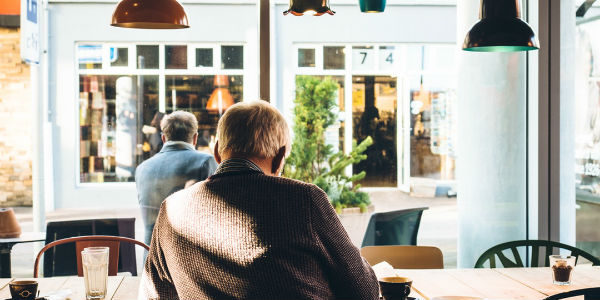 For many years ageist attitudes and behaviours have gone unchallenged in the UK. With Brexit deepening the generational divide and triggering an outpouring of ageist vitriol, the need to tackle age discrimination is now more urgent than ever before.

As we grapple with the ramifications of the EU Referendum result, one thing is abundantly clear: Brexit has unleashed and legitimised a number of vicious ‘isms’ that have the potential to do lasting damage to individuals, communities and society at large. At one end of the spectrum, racism, nationalism and political extremism; at the other end, a deliberate and aggressive form of ageism that is fuelling intergenerational tensions and mistrust.

In the wake of the referendum, many younger members of society, feeling betrayed by older voters, have let fly with a torrent of ageist abuse on social media. As reported in the Guardian, one tweeted that they would “never give up [their] seat on the train for an old person again”. Another expressed concern that the referendum had made them ageist, describing how the sight of an older couple in the street had provoked a “sudden, enormous wave of fury towards them and their generation” – a feeling they said was “almost physical”. Elsewhere, a GQ journalist called for a blanket ban on older people being allowed to vote, while Giles Coren wrote a piece in The Times in which he claimed the referendum proved “that old folk can’t be trusted with big decisions” because “they’re always wrong”.

So once again ‘the old’ have been lumped together. “Them and their generation”: an undifferentiated, wrinkly mass of ignorance, selfishness and short-sightedness. In a society where ageist stereotypes and discrimination often go unchecked, and where older people are widely perceived to be nothing more than a liability and a burden, this recent development is hugely worrying and unwelcome.

Yes, 56% of 50-to 64-year-olds and 61% of those over 65 voted to leave the EU. But there were factors other than age at work here, and in any case such results do not justify the blind vitriol and barbed generalisations we’ve seen in the last week.

As a 60-year-old pro-European and Remain campaigner, I believe passionately that we must not succumb to the new Brexit climate of fear and loathing. In fact, we need to seize the opportunity to improve dialogue, understanding and engagement between young and old – not least because, now more than ever, the future is one we are likely to share together.

Indeed, ours is an ageing society. Older people currently make up the fastest-growing group in the UK. We are home to more than 23.2 million people aged 50 and over, and by 2021 more than one fifth of the population will be over 65. People over 50 own three-quarters of all financial assets in the UK and account for half of all discretionary spending. They also represent considerable human capital.

And yet, when it comes to product and service development, marketing investment and media coverage, older people are at best treated as a homogeneous group, and at worst ignored altogether. Similarly, at present only 10% of people continue to work beyond the age of 65, with evidence from the Department for Work and Pensions (DWP) suggesting that half of all people retiring before state pension age believe they have been forced to do so.

It’s clear that there has been no societal recognition or shift in response to the UK’s changing demographics. No effort to cater for the needs or acknowledge the heterogeneity of the over-50s. No effort to make use of the skills and talents of older people. What’s worse, age discrimination persists on an appalling level. In England, 36.8% of people aged 65 and over have experienced perceived age discrimination, while for those aged between 70 and 79 this figure rises to 37.2%. And around 9% of women and 10% of men aged 52 and over feel they receive poorer medical service or treatment because of their age.

Brexit has threatened to deepen discriminatory attitudes towards older people, reinforce ageist stereotypes and create lasting animosity between young people and old. There have also been few cries of outrage in response to the prejudicial post-referendum muck being slung at older people. Substitute the word ‘old’ for ‘black’ or ‘gay’ in any of the recent tweets or articles we’ve seen and there would be total uproar. Yet somehow, ageism is still tolerated where other forms of discrimination are not.

We cannot allow this to continue. We must put aside the blame and recrimination. We must embrace our societal age shift, and find a new way forward. Perhaps as a start, we should use Brexit as an opportunity to generate positive intergenerational dialogue; to attempt to understand, once emotions have cooled, where each other is coming from; to reconcile differences of opinion, to listen to one another’s hopes and fears. In this way, we may begin to build awareness, bonds and bridges, and find unity where presently there is only division.