Communicating complexity in a binary world 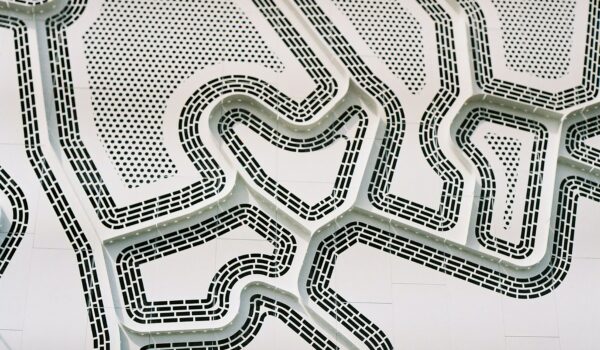 Recently we held a fantastic discussion on the challenge of communicating complexity. It was led by three brilliant speakers from very different spheres of social change and all with thorny issues to consider and communicate about: Derek Bardowell, CEO of philanthropy consultancy Ten Years’ Time; Caroline Harper, CEO of Sightsavers; and David Croft, Global Director, Sustainability, Environment & Human Rights, Reckitt.

Fittingly for a subject as rich and deep as this one, we both covered a lot of ground and also barely scratched the surface. The session was held under Chatham House rules so we are not publishing an account of it, but have reflected on the themes that emerged and the challenges and opportunities they create for communicating around social change.

We ran the session because we are seeing increasing anxiety from some of our clients about how to speak out on complex issues and the consequences they may face from doing so.

The death of nuance

We live in a febrile communications world, the ubiquity of social media has created an almost instant and constant feedback loop for anything uttered by people and organisations. This has led to a great democratisation of communication and made it possible for real, sustained relationship-building between organisations and their audiences.

This has been a huge boon generally, but it isn’t without its complications. Two which particularly stand out are the death of nuance and the murkiness of working out what (and who) is real and matters on all the various communications platforms.

There’s a sort of phony war taking place on social media, one where the discourse practically demands that you pick a side and where you’re never sure of the origins, intent or even existence of some of the combatants.

There is nothing new in that phony war, it is the adversarial shorthand that has fuelled a lot of conventional media coverage for generations, it is just that now the means of production has shifted from the few to the many who are often anonymous.

Our social norms continue to shift and grind across each other as they have always done, creating tensions and flare-ups that naturally occur when your complacencies or orthodoxies are challenged. But now they have an almost universally available outlet for the release of tensions, so that everyday tremors often get intensified across social media.

Black Lives Matter, anti-vax, social mobility, the climate crisis, trans inclusion, colonialism – these are all hugely important, complicated and layered issues that demand debate, careful thought, consideration, empathy, proportionality, recognition of weakness, acknowledgement of culpability and accountability, explanation of contradictions and getting across the context and challenge of making progress.

Social media can feel like a hellscape when you are trying to communicate about these issues. That is made worst by the wearisome culture war currently being stoked by the government and lapped up by many in the conventional media. They are relying on a binary view of the world and people’s attitudes to these issues, and need social media conflagrations to spread the word and get outlets noticed.

Being bland is not an option

It is no wonder the temptation is to keep your head down. But you cannot make progress without bringing others with you and you can’t do that without engaging them fully on the issues.

As well as explaining the positives, organisations have a duty to communicate about the issues they are addressing and to respond to criticism of their own performance or culpability in relation to them.

Recently, there have been a number of high-profile incidents where charities have been called out on issues including diversity and inclusion, sexual harassment and racism. A common thread among those that have been most criticised is their defensiveness around whatever they are being held to account on and their reluctance to go beyond responses that are designed to obfuscate or say as little as possible.

Aiming for bland is not a valid communications objective because a lack of response or a decrease in criticism on social and in the media isn’t the only metric that matters on these issues. They often hide the disappointment at a lack of action or conviction from organisations among audiences that are critical to them including their staff, funders, partners and donors and customers.

When it comes to delivering positive change on any issue, whether in response to criticism or because of a proactive desire to make progress, organisations are often confronted by the most pernicious communications challenge – being accused of hypocrisy.

Particularly when judged through the strange semi-reality of social media, hypocrisy can feel worse than actually doing something egregiously wrong. But charges of hypocrisy are almost impossible to avoid when you are trying to make progress and communicating about it because, well, nobody is perfect.

As Winston Churchill, almost the poster boy for the complexity and hypocrisy of trying to make positive change when considering his own very contested and difficult legacy, once said, “Perfection is the enemy of progress.” Organisations seeking to make progress on the big issues get themselves into real hot water when they try to project perfection, or worse, use their fear of accusations of hypocrisy as a reason not to communicate or act at all.

Green hush is a phase we have heard a lot recently, the reluctance of an organisation, particularly a business, to communicate about what it is doing to tackle the climate crisis for fear of being pilloried for still engaging in unsustainable practices at the same time. It is an understandable concern but one that means they don’t engage their peers, customers and others in their community on a massively important issue. When it comes to the climate crisis – and in fact all progressive issues – every organisation is constantly in transition. No-one will ever be in the position of saying “right – we have completely sorted that issue, what next?”.

Admitting you are not perfect is a communications superpower. Allied with a commitment to do better and tangible evidence that you are doing so, it can completely negate the criticism and allow organisations to talk much more openly about the challenges they face and the nuances and balances they have to strike in their decisions and actions.

Inviting others to work with them on making progress and to encourage those with differing or conflicting views and perspectives to offer up their own thoughts and approaches makes you stronger still. When facing challenge, there is almost nothing as disarming as responding with “I don’t know / what do you think / I can see your point / we need to understand the implications of this better”.

These are essential building blocks for dialogue and relationship building – they are not signs of weakness but quite the opposite, they are markers of confidence and progressive leadership.

They also give organisations the permission to create space for people with direct experience of an issue to inform and deepen the dialogue, to speak truth to power about what the solutions to those issues might be.

Speaking for others, or assuming an understanding of the reality and answers for people caught up in the heart of these big issues is not a good look for any organisation. Confident, progressive organisations will shift along the bench to make room for people to speak directly to their experiences.

When it comes to communicating around complex issues, organisations should not be seeking to have all the answers, but they should be asking all the right questions, responding to legitimate challenges and increasing the volume of the voices of those who are most affected.

If you would like to discuss any aspect of this in more detail, please contact me on