When the Drugs Don’t Work 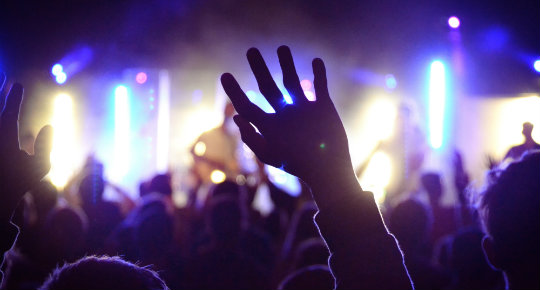 As someone who has enjoyed summer music festivals for almost ten years, being around people using something other than alcohol to keep them partying is par for the course.

About one in 20 people age 16 to 24 have taken ecstasy – a common festival drug – in the last 12 months, ONS figures suggest. A significant amount of those who try, or occasionally use drugs, do so at festivals; research shows that up to one third of people at festivals may be taking class A drugs.

For lots of people, the fact that drugs are against the law doesn’t deter them. Recent Vice findings show that almost two thirds of recreational drug users don’t care that the substances they take are illegal.

So if many people aren’t deterred by the illegality of drugs, it seems vital to do more to inform, educate and communicate to people about their risks, and help them to understand what they could be putting into their bodies.

This is now “the worst time to be using MDMA in a generation”, according to the 2016 Global Drugs Survey. MDMA’s strength can vary massively between different samples – sometimes as much as 83% purity – and it can contain other, potentially fatal, drugs like PMA.

People can’t be sure about what they are putting into their bodies. Yet still they take the risk, on the assumption that things will be ok – because the vast majority of the time, they are.

Charities like The Loop exist to help identify particularly dangerous substances which can cause serious harm, and to issue non-judgemental advice and warnings.

The Loop tests drugs at venues and festivals across the UK, with the support of police, authorities and health services. The aim is to establish the content of the drug, which means people can understand what’s in them before deciding whether to take it, or bin it.

The testing zones are effectively decriminalised areas, giving people confidence to have their drugs analysed without fear of being arrested.

The positive impact on public safety seems clear. Last summer, The Loop launched the UK’s first drop-in drug testing facility at Secret Garden Party festival in Cambridgeshire. A quarter of those who had their drugs tested asked for them to be thrown away, because of what they had in them.

At a large festival, this kind of testing could help discourage thousands of people from taking substances that could otherwise do them serious harm.

There is growing support for change. The Royal Society of Public Health recently called on all music festivals to offer a drug testing service ‘as standard’ – which it says is supported by 95% of festivalgoers and 90% of clubbers.

It seems there is also a more hands-on and transparent role that authorities, in tandem with the media, can play.

For instance, in the Netherlands, the state-backed Drugs Information and Monitoring System (Dims) system helps save lives. When it comes across a particularly worrying sample, it gets a warning out through national media. In 2014, a pill was handed in for testing, found to contain a lethal amount of PMA. Following a warning on national TV from Dims, the drug disappeared from the market and no incidents were reported.

Implementing such a direct approach here in the UK seems some way off, but it will be interesting to track the response to the Government’s new 2017 drug strategy, which aims to take a “smarter”, “evidenced based approach”. (The new strategy follows a recent Home Office report into the Government’s approach to drugs in recent years.)

Of course, drug testing doesn’t remove all the risks. But its benefits seem clear. Promoting more transparency and informed decisions about drug taking is the sensible way forwards.