Effing up but owning up 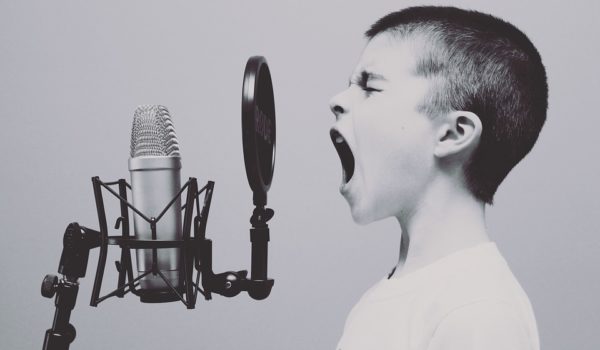 In light of the recent Oxfam scandal, brands and charities must take a closer look at their history – especially the areas they’d prefer to forget. Every big brand will have a skeleton or two in their closet. It’s practically unavoidable in multi-national large scale companies; especially in the case of charities. For every amount of enthusiastic volunteers who want to change the world, there will also be those with less-than-perfect intentions, a less-than-perfect moral compass, or less-than-perfect judgement. The nature of the internet means these skeletons are being unearthed with a greater ferocity than ever before, in a way that many people (especially marginalised voices) are finding greatly empowering. In his book ‘So You’ve Been Publically Shamed’, Jon Ronson writes about the effects of the internet mob turning on an individual but, increasingly, the internet mob is turning its collective outrage on companies.

“The justice system in the West has a lot of problems,” Judge Ted Poe said, “but at least there are rules. You have basic rights as the accused. You have your day in court. You don’t have any rights when you’re accused on the Internet. And the consequences are worse. It’s worldwide forever.”

For internet users, social justice has never been so easy – from #metoo to Stop Funding Hate, anybody can expose dodgy behaviour with a click of a button. We’re living in an age of ‘Wokeness’, where unethical actions have widespread public consequences. From Pepsi to Dove, to H&M (twice), to Brewdog… the list goes on. Brands are understandably reluctant to put their own shortcomings in the spotlight and instead opt to lie low and hope nobody notices. But, the internet zeitgeist means that if you don’t point out your mistakes, somebody else will. And it won’t be pretty.

In February 2018, it emerged that Oxfam aid workers had used sex workers whilst on a post-earthquake relief effort in Haiti in 2011. The charity faced backlash in equal measures both about the allegations, and about a potential cover up. Why had this only come out now?

According to reports, the charity were first made aware of the issue in 2011 and allowed two men to resign over the allegations, and dismissed a further four for gross misconduct. Days later, The Times revealed that the men involved were able to continue working with vulnerable people in other disaster zones after Oxfam failed to alert their new employers about their use of sex workers.

A huge, global charity with thousands of workers is bound to have a bad egg in the mix but by not fully following their duty of care in 2011 an incident became a scandal. But what if Oxfam had owned it? Would the public reaction have been different?

One of the brands that owned up and owned it recently is National Geographic. An institution with a long and rich history of exploring different cultures meant there were bound to be periods of problematic representation. Where many companies would brush this off as ‘the tone of the time’, National Geographic hired an historian to comb through back issues and take a closer look at the racism, sexism, colonialism, classism, and othering in the magazine’s back issues. They firmly put themselves and their mistakes in the spotlight and – most refreshingly – acknowledged and apologised.

It can be scary for a brand to admit they’ve done wrong. We’re more used to PR cover ups than we are apologies. But Nat Geo took the risk, and were rewarded. The response was admiration rather than backlash, with social media users branding the article ‘brave’.

By starting the conversation they were able to steer its direction

A human error needs a human apology. Brands’ social media accounts are the first point of contact for internet outrage, but are mostly staffed by junior marketers whose entire brief tends to be ‘corporate, but make it fun’. By contrast, Nat Geo’s editor wrote a personal letter, explaining their decision; it’s much easier to be angry at a faceless brand than a person offering a sincere apology. Ultimately, Nat Geo have retained their reputation as a trust worthy institution by being honest. They anticipated what the response to these skeletons would be, and they pre-empted the outrage. They respected their audience, and in turn were rewarded with respect.

But what happens when there isn’t a personal apology on offer? Recently Facebook has been caught up in a data scandal, where a whistle blower for the company Cambridge Analytic alleged that not only were Facebook aware of data harvesting on their site, they were complicit.

Facebook as a company has one of the most recognisable spokespeople in business today: Mark Zuckerberg. He’s so famous, they even made a film about him. Since the allegations came to light, he’s been a little… quiet. From refusing to answer questions from the British government, to not taking ownership or firing staff who were responsible – Facebook’s reaction to these very serious claims has been a 101 in how not to handle a crisis. As a result, Facebook stock plummeted, users are quitting the app in their droves, and the future seems uncertain for the tech giant. It is only now, weeks after the allegations and in front of Congress, that Zuckerberg is taking any responsibility or acknowledging the seriousness of the matter.

So what could Zuckerberg have done differently? He could have pre-empted the allegations. By coming forward when they first discovered the wrong doing, Facebook could have kept public opinion on their side. He could have personally apologised straight away. He is the face of Facebook, and public figures no longer have the luxury of ‘buying time’ without a comment. The internet is 24/7 and they want answers yesterday. He could have committed to ensuring those responsible were held accountable in a way that Oxfam didn’t. None of this would have made the scandal go away, but it sure would have helped calm the internet outrage a little. By not owning it, he told users he didn’t care for their privacy, nor their concerns about how his organisation handled their private data. He didn’t respect the opinions of his consumers and in turn they no longer trust him.

Scandals have been around since the dawn of time but, much like National Geographic, we need to learn from the mistakes of the past – or we’re doomed to repeat them forever.