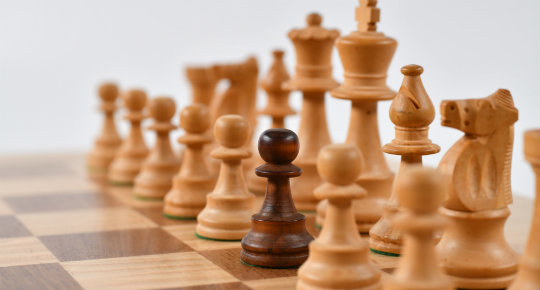 Over the past two decades, educational attainment and employment has risen across Britain, especially amongst ethnic minority groups. The proportion of black men getting a degree has increased by 24%, compared to 15% for white men. [1] So, why is it that black male graduates are earning hourly on average 17% less than their white male counterparts? [2]

In July 2018, The Resolution Foundation published a ‘pay penalties’ report acknowledging the compositional differences between ethnic minorities (Black, Indian and Pakistani/ Bangladeshi) and white people. Pay penalties is the gap that remains after accounting for differences in characteristics between groups. The findings proved that social class and racial background can act as a penalty across Russell Group universities and within the workplace.

Unconscious biases held by university admissions teams mean that black students are less likely to get their first choice of university. Students who attend universities outside the top tier therefore have a different level of access to the labour market. This, in addition to the unconscious biases that employers may hold, causes disparity in pay. When we use the term ‘graduates’, we need to be clear as there are variations among this, such as degree class and what university they’ve attended. This, may not be a true reflection of their ability and a consequence of not getting their first choice.

How can we tackle a bias that has been rooted in the system for so long? Employers tend to think that blind CV’s can help effectively combat this.

How can we tackle a bias that has been rooted in the system for so long? Employers tend to think that blind CV’s can help effectively combat this. Removing your name from your CV doesn’t hide that the job market is filled with unpaid internships that poorer students simply can’t afford.[3] From top firms dismissing candidates based on working-class accents [4] to candidates feeling the need to act more middle class to get hired [5] to black females being encouraged not to show their afro hair as it is ‘unprofessional’. [6] Blind CVs can only help to an extent before money or background becomes a limiting factor.

Instead businesses need to do more to challenge racial discrimination and unconscious biases within the workplace.

Five ways to tackle racial discrimination within recruitment and in the workplace:

This will widen access to those who are unsure about going to university or a specific industry and encourage people who wouldn’t have otherwise considered it.

Denise Keating, chief executive of the Employers Network for Equality & Inclusion, holds that “Visible, authentic statements and commitments from senior leaders show that the organisation is serious about changing its culture”. [7] At Ernst and Young their senior leaders meet monthly to evaluate their progress on diversity and inclusion targets. In addition, they speak frequently at external events to call for change at an industry level, showing their dedication to solving the problem. [8]

Individuals in an environment dominated by a different background or social class can experience subtle, and unintended behaviours that are individually incidental, but collectively destructive. Companies need to recognise and prevent this. Examples include: creating posters to place in toilets or communal areas to raise awareness or introducing unconscious bias training to help combat the behaviour.

To ensure an individual’s progression within the company isn’t limited by unconscious biases other employees may hold, there needs to be some sort of objective evaluation of these processes from external parties. For example, HR can be checking in on all employee’s paths and making sure they are measured across the same goals and promotion paths.

Developing a go-to protocol for those tackling racial discrimination, such as an anonymous form they can fill out to report the incident, because if there’s no sort of solution to the problem, then what’s the point in having a discussion?