Gen Up on Gen Z 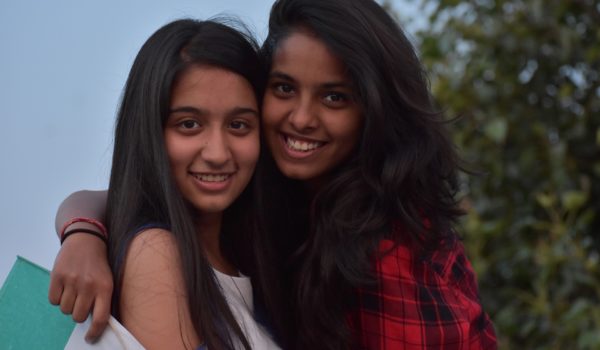 Generation Z is sometimes referred to as the iGeneration. Born in the late 90s and through the 2000s they’re a diverse group of people who’ve never known life without the internet – they are digital natives. Gen Z are a key audience to instigating mass social change; 66% of teachers think current 14-17 year olds are more aware of social issues than previous generations, with 76% of teenagers expressing an interest in participating in a social action movement.

In short, if you are in the business of social change then you really need to get up to speed on how to engage what will be the next generation of volunteers, activists, consumers and donors. So, here’s some simple tips for getting on the right side of Generation Z.

Go where they are

You’ll mostly find them living within social media spaces like Snapchat and Instagram, their experiences and relationships with organisations, issues and brands curated within those worlds. They don’t go to the BBC homepage to get their news, it comes to them and you need to make sure you increase your visibility in the same spaces because they won’t look for you outside them.

Fake news might suck in the Facebook Mums but Gen Z don’t buy it. They grew up on the internet and as such are used to being exposed to email scams and fake adverts. Make sure your information is accurate and – if needed- you’ve got the receipts.

It’s great to have a laugh and a joke with your audience whilst capitalising on current pop culture trends – campaigns such as CALM’s ‘#DontBottleItUp‘ prove that. But make sure you avoid commodification of serious social issues. Pepsi tried to sell fizzy drinks on the back of the Black Lives Matter movement. It went very, very badly. Show that you’re serious about serious issues by giving them weight, dignity, and avoiding cheap shots.

They won’t bite and they aren’t an alien species. You’ll learn far more from an afternoon with a roomful of Gen Z than any number of TED talks, marketing presentations and books promising to unlock the secret of engaging this exotic species.

Remember being a teenager, and a well meaning teacher or parent would try and get in on your jokes? Super cringe, right? Yeah. Be personable but not overly familiar. If in doubt, run it by an actual teenager.

Keep it short, sharp, and simple

Save the lengthy copy for your press releases, Gen Z are more likely to communicate in emojis, images and videos than previous audiences. However, don’t over do it. The average Facebook video is 3min48sec but the average viewer will only watch 10 seconds (or 4%) of this. Short, sharp, simple, successful.

Much like Millennials, Gen Z prefer spending money on experiences rather than things. Good quality content for snapchat and Instagram is social currency. Retailers have started to take this into account with product launches becoming full blown events. When creating campaigns think about the takeaway for teens. Is it an Instagram moment, a hashtag to tweet, or a new snapchat filter to unlock? What are you giving them in exchange for their support?