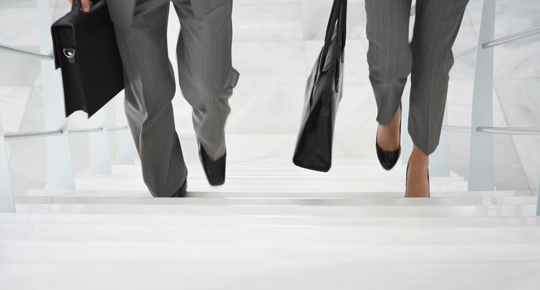 There’s no question that the gender pay gap is firmly on the agenda. From today, all organisations with more than 250 employees are legally required to collect data on the gap between the average hourly pay of the men and women who work there. And they’ll need to report on their figures by 4th April each year, starting in 2018.

Clearly, asking companies to report on this issue is a positive step – and a much needed one. A 2016 assessment of the gender pay gap from the Institute of Fiscal Studies put it at 18%, and Deloitte have predicted that, at the current rate of change, we won’t hit true pay parity until 2069. Frankly, we can’t afford to wait that long.

Fixing the gap through flexibility

But hidden behind these gloomy predictions, there’s a devastatingly simple solution, just waiting to be found. And it’s this. According to the Women and Equalities Committee’s 2016 report: “Flexible working for all lies at the heart of addressing the gender pay gap.”

Can it really be that simple? The answer, as we at Timewise know well, is yes. As the report also states:

“A large part of the gender pay gap is down to women’s concentration in part-time work that doesn’t make use of their skill…. Old-fashioned approaches to flexibility in the workplace and a lack of support for those wishing to re-enter the labour market are also stopping employers from making the most of women’s talent and experience.”

It follows, then, that if we can make flexible working work for all, we can accelerate the narrowing of the gender pay gap. And that’s going to be more critical than ever once organisations are required to publish their figures; your reputation as a fair employer, and your ability to attract and retain the best talent, will depend on it.

Making flexibility work for you

At an organisational level, there are some core principles that you need to embed in order to make flexible working work, from creating a supportive culture to thinking about the best way to design flexible jobs. It’s not rocket science, but it won’t happen by accident; our training and consultancy programmes can help.

But at a wider level, it’s the job market itself that needs fixing. Our research shows that only 8.7% of quality jobs are advertised as being open to flexibility at the point of hire; that means people who need to work flexibly only have 1 in 10 jobs to apply for. It’s no wonder so many of them end up stuck in low-paid roles beneath their skill set; there’s nowhere else for them to go.

That’s why, last year, we launched our Hire Me My Way campaign, calling on organisations of all shapes and sizes to advertise flexibility at the point of hire. So far, more than 30 major organisations have signed up to the campaign, unlocking thousands of quality jobs to flexible working; we hope you’ll consider joining us, too.

Start as you mean to go on

So our call to employers today is, start as you mean to go on. Be prepared to shout about the fact that you believe in flexible working and you know how to make it work. Develop a recruitment strategy based on finding the most talented people you can, and be prepared to flex your roles to suit them.

It’s a sure-fire way to improve your gender pay gap figures. The evidence suggests it will improve your profits and boost your productivity. But, most importantly, it will mean you’re playing your part in a much-needed job market revolution – and that’s good news for all of us.