The gig economy: the role of responsible employers in correctly classifying their workforce 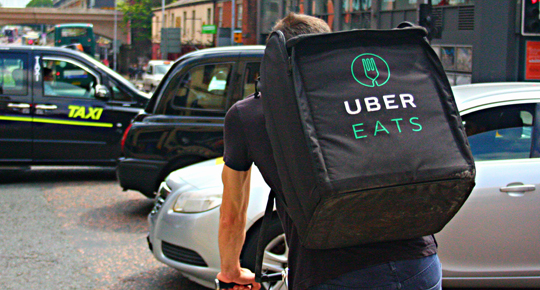 What do Uber, CitySprint, Excel and Pimlico Plumbers have in common? They have all been found by employment tribunals to have wrongly classified their workers as self-employed independent contractors. By doing so, they have denied them workers’ entitlements such as paid holiday and the right to be paid the national minimum wage.

There are further similar “gig economy” claims waiting in the wings, including against Addison Lee and Deliveroo. This raises the question of why workers keep bringing, and winning, these claims, yet companies continue to mislabel staff.

One reason is probably that there is little incentive to get it right, when the only remedy for workers is to bring a tribunal claim, with all of the costs and time involved.

However, there is also another problem – the distorted use of language by employers. Companies are often getting away with mistreating staff by relying on convoluted language that helps keep workers unaware of their employment rights.

This misleading use of language runs all the way through the “gig economy”. Indeed, that phrase itself conjures up the idea of individuals making a living by “gigging” or working several part time jobs with no ties or obligations. In its earliest usage, gig work referred to jazz club musicians in the 1920s. The reality on the ground for a private hire driver working 60 hours per week or more for the same company just to make ends meet is far less glamorous.

The term “gig economy” is just one example of the language used in the modern economy not reflecting the reality on the ground.  There are others.

In the employment tribunal claim brought against Uber, the tribunal had little time for Uber’s use of what it described as “twisted language”.  It said that the “notion that Uber in London is a mosaic of 30,000 small businesses linked by a common ‘platform’ is to our minds faintly ridiculous.”

It also noted the inconsistent use of language. On the one hand, Uber described itself as a mere platform when arguing that its drivers were not its workers. On the other hand, it advertised itself to the public as providing a transport service or, to use Uber’s own term, as “Everyone’s Private Driver”.

A further misleading use of language is the label companies give to gig-economy workers themselves.

If you have ordered a take-away from Deliveroo, the company refers to the person delivering your food variously as a “rider”, “Roo”, “Rooman” or “Roowoman”, “independent supplier” or “consultant”.

These “fictions”, as the Uber judgment described them, can have a substantial deterrence effect on individuals who might otherwise seek to assert their rights. If a worker is told by their employer that they are self-employed, then they will often believe that. Why wouldn’t they? The use of this language reinforces the individual’s belief that they are not entitled to any rights.

However, if the individual does bring a claim, an employment tribunal will look beyond the language used. Therefore, a company using such “twisted language” must ask itself why it is doing so. If it is to hide the reality of the situation, then it may only have a limited time that it gets away with it.

Leigh Day is a specialist law firm which acts exclusively for claimants who’ve been injured or treated unlawfully by others.

In October 2016, the law firm won a landmark victory for Uber drivers after a Tribunal found they were entitled to basic workers’ rights.