It’s all about the application 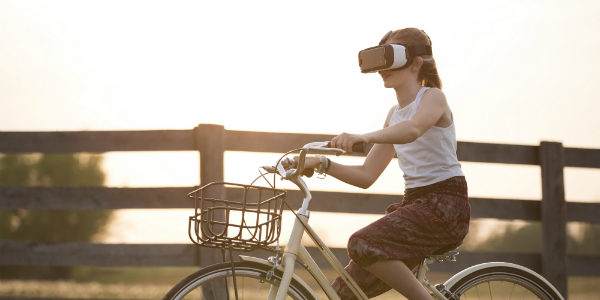 In the lead up to FutureFest last month, Nesta carried out a survey which revealed that more people would rather live now than in 20 years’ time. Geoff Mulgan, Chief Executive at Nesta, reminded us that our future is a choice; we have an opportunity to change this fear into possibility. “The concept of the future being shaped by everyone is gaining popularity in our ever-increasing world of connectivity, collaboration and the power of the crowd.”

With the games industry booming, developers are now looking at ways they can make the storytelling more inclusive, or use it help tackle social issues. That Dragon Cancer, a game released earlier this year follows the true story of a couple raising their son with terminal cancer, allows us to explore alternative ways of broaching difficult topics. We’re already seeing charities work with the games industry to engage audiences on a range of issues; Alzheimer’s Society developed the Sea Hero Quest adventure game which uses player stats and behaviour to source data for research and promote awareness. It is not just gaming, there are a burgeoning number of apps aimed at creating positive social change, such as:

While concerns are rightly being raised about the possible downsides of new business models like Uber or Airbnb, there are a number of new platforms and models building similar collaborative economies but with a social purpose to the fore:

These are all non-profit examples, but there are plenty that combine purpose with financial profit, with Peerby as a great example. The loan library enables you to borrow from a neighbour, connecting neighbourhoods, saving people money and reducing consumption. The platform makes money by selling insurance on each item.

And let’s not forget of course, that the robots are coming! Artificial intelligence is here to stay and presents its own opportunities for innovation. DeepMind has used an algorithm, initially developed to teach itself to play old school games like Space Invaders and Go, to address environmental issues in the business world. They were successful in reducing the electricity consumption of one of Google’s server rooms by 40% and are now looking at how they could improve NHS services and systems. Soh Yeong Roh, of the Arts Centre Nabi in Korea, described companion robots they have developed to help tackle mental health issues and social isolation, teach your child or even share a drink with – all using AI that can read and respond to our emotions.

There is already plenty of digital innovation addressing economic, social and environmental issues out there. By getting public services on board, or encouraging similar platforms to share data rather than compete with each other, we can help ensure their success. The DIY toolkit is a free resource created by Nesta to help development practitioners invent, adopt or adapt ideas that can deliver better results, but we must also engage cross-sector teams, redefine diversity, and leverage the ingenuity of the creative sector to solve our most critical problems.