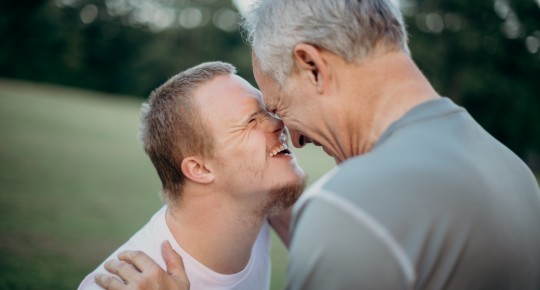 The principle of personalisation – for both the cared for and the carer – is absolutely right. The systems, services and support – the real choices – just aren’t there yet.

Over 3 million people juggle care with work. However, the significant demands of caring mean that 1 in 5 carers is forced to give up work altogether. The main carer’s benefit is £55.55 for a minimum of 35 hours, equivalent to £1.58 per hour – far short of the national minimum wage. Unsurprisingly, people providing high levels of care are twice as likely to be permanently sick or disabled. Over 600,000 people suffer mental and physical ill health as a direct consequence of the stress and physical demands of caring.

In terms of the cared for, it’s early days for personal budgets. This also applies to the carers themselves. For example, some Local Authorities stipulate that carers who have personal budgets for their own respite can’t use these to pay for cover care. In practice, this means that a carer might have a personal budget to pay for gym membership, or a short break, but they can’t actually use it.  As a carer, they can’t afford for someone to look after the person they care for while they take that break!  Clearly, ‘choice’ doesn’t mean that much for a carer when rules are put around the services that are available to them. This isn’t politics, it’s about what’s practical.

So, how much do people think about or connect with the real issues that carers face? It’s time for more of us to put ourselves in a carer’s shoes for a moment. After all, we might be there ourselves one day. Carers don’t choose to become carers. It just happens, and they have to get on with it. Around 6 million people are carers (1 in 8 adults). By 2037, the number of carers is likely to increase to 9 million. Every day another 6,000 people take on a caring responsibility – over 2 million people each year. Carers save the economy £119 billion per year, an average of £18,473 per carer.

Understanding of and support for carers has to change. Whether carers of the old, the disabled, or the young. At present, a carer’s work doesn’t provide a living wage for people brought up among the social aspirations promoted in this country. Why value care in this country when you can import it cheaper?

It’s time we did something for carers and the organisations working with them. As a communications company, there is much we can do – from raising awareness of the issues, to engaging with carers themselves on ways to improve their lives.

If you or your organisation believe in the carers’ agenda and want to work with us, please get in touch with George Ames via  and we’ll work out a way of collaborating to make it reality.