Make progress by being progressive

As charities face the devastating financial impact of Covid, they are also under pressure from challenges on both sides of the so-called “culture war”.  Peter Gilheany argues that charities need to promote progressive values if they are going to bring audiences with them and get the support they need. 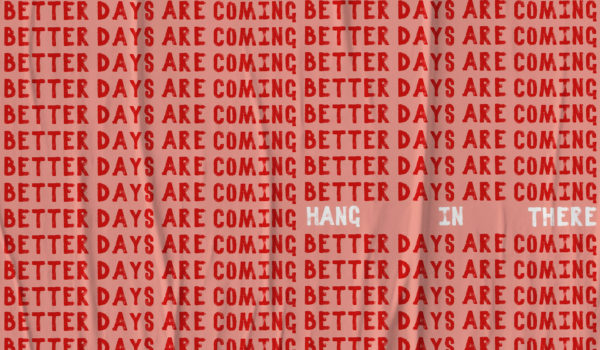 We are, if you believe everything you read on social media, in the middle of a culture war with charities increasingly in the firing line.

Just this week, The Telegraph ran the latest in a series of stories on the apparent furore around the National Trust and its decision to highlight the links between its properties and slavery and colonialism. At the centre of the piece is the very modern accusation that the charity is being “woke”. Journalists must rejoice that this succinct term has replaced the venerable and verbose “political correctness gone mad”.

At the same time, voluntary sector organisations have come under increased scrutiny for their commitment to and performance in areas such as diversity and inclusion, through the efforts of initiatives like #CharitySoWhite and #ShowTheSalary.

All that as the whole sector is grappling with the devastating financial impact of the Covid crisis while trying to respond to increasing need caused or exacerbated by the same thing.

Through the work we are doing in support of the #NeverMoreNeeded campaign, we’re getting daily updates on the number of charities having to cut services, make staff redundant and even go to the wall as the estimated £10 billion funding gap begins to bite.  We understand the reality.

So, under pressure on at least these three fronts, what should a charity prioritise?

The common-sense answer would be to focus on the existential challenge and zero in on plugging the gap in funding and support. However, the most effective way to achieve that goal involves directly tackling the other two issues.

In the absence of an adequate financial support package from government, charities need to increase the level of support they receive from other sources such as individuals, foundations and corporate supporters.

This requires them to sell the impact they are making while also demonstrating shared values with the supporters they are seeking to attract. Where to start when on the one hand they risk being criticised for being too “woke” and on the other of not being “woke” enough?

First, it is important to recognise that the culture war is nothing new, it is just has a snazzy name for something that has been around for a long time but which, in a social media age, can be weaponised much more quickly and to a greater scale than in the past.

It generally flares up when more traditional values and views are challenged or usurped by newer and more progressive ones. Votes for women, decriminalising homosexuality, racial equality – all have been past battlegrounds in the culture war. But – spoiler alert – progressive views and values almost always prevail. Some of the attitudes held by the majority of us 50, 30 or even 10 years ago now look abhorrent, hopelessly old-fashioned and even bizarre in hindsight.

What social media has done is made those clashes seem so much bigger, more vicious and more febrile because of its amazing capacity to stoke (and monetise) confected outrage. Rather than get bogged down or distracted, charities need to take the helicopter view – and to pick a side.

Which side to pick should be obvious.

By their nature, charities are progressive because they are seeking to make progress on the issues and causes they have been set up to tackle or support. Consequently, how they think, act and communicate should be in line with progressive values beyond the confines of their cause.

It is incumbent on charities to be ahead of the game on issues such as diversity and inclusion, even taking a lead in an area such as sustainability and climate change, because how a charity goes about delivering its mission is important.  Being behind the curve, defensive or silent in response to challenges posed is instantly damaging to trust – and ultimately to potential funding options.

Last year, Forster produced a report that examined why this is critical for voluntary sector organisations and the nine actions it recommends are even more relevant and important now.

Thinking, acting and communicating in a progressive way is the right thing to do but it is also the smart thing to do because it places organisations in line with prevailing shifts in social attitudes, which are generally progressive in nature. The latest British Social Attitudes Survey shows a recent softening of views on the two issues that are lightning rods on social media – immigration and welfare.

Charities need to be confident in the belief that most of the people they seek to gain support from share the same broadly progressive values and want to see those values reflected in the way the charity behaves. So far it seems that the National Trust is holding fast to this, and hopefully it will emerge stronger, the way RNLI appeared to do when it came under critical glare during an earlier skirmish in this mostly false war.

If a charity finds itself prioritising how not to cause offence in its communications, then it has the wrong priorities.

Communications must be focused on supporting the delivery of a charity’s mission and bringing along and inspiring the audiences who are critical to do so.

Putting progressive values to the fore and being visible on the actions being taken to live those values will ultimately pay dividends. Those organisations that seek to pander to or even exploit regressive views and values are condemning themselves to an ever shrinking pool.