Making space on the bench 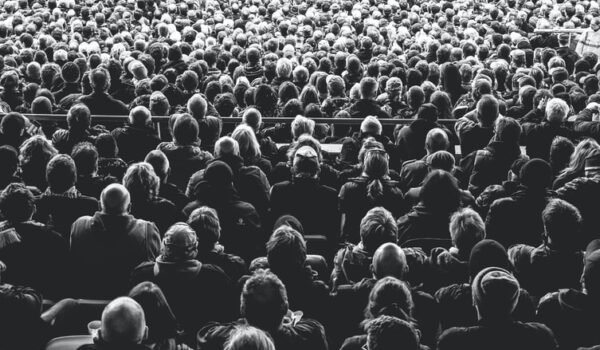 There’s a phrase that has crept into our mainstream vocabulary recently, particularly in relation to issues like social justice, sustainability and climate action – lived experience.

We seem to have belatedly woken up to the importance of people with personal experience of the issues we are seeking to tackle playing an active role in tackling them. This extends to when organisations want to communicate and engage on these issues, and it is increasingly part of the work Forster does for our clients. It is also sometimes a real challenge for organisations who are uncomfortable or unsure about incorporating it into their work or simply don’t see the benefit of doing so.

But what is behind the concept, why is it so important and what are the specific challenges and opportunities that relate to it?

To address these questions and others, we recently held the second of our communicating complexity events series and, as is only fitting for this subject, invited three experts to help us and our attendees better understand the issue.

Our speakers were Arnold Yousaf, SOS+ Service Regional Team Manager at St Giles,  Zaahida Nabagereka, Lit in Colour Programme Manager at Penguin Random House UK and Lesley Dixon, Chief Executive at PSS. Held under Chatham House rules, all three of our brilliant speakers shared their expertise on lived experience and were frank about some of the challenges, so while we won’t be publishing a full account we’re reflecting here on the major themes that emerged.

Expertise comes in many forms

Expertise is hugely valuable but if we only recognise it when it has been developed through formal education, training and qualifications, we are really only tapping into one narrow form. Personal experience is a powerful form of expertise and one that can make a huge positive difference when allied to its formally qualified cousin.

Without it, approaches to problems that look good on paper have much less chance of succeeding in real life. Nothing tests a hypothesis like an encounter with the actual situations and contexts it has been considered for. That’s where the expertise of people who have lived and breathed the issue in their own lives comes into its own.

It gives power to communications and engagement

For a very long time, the default has been to communicate to and for people rather than giving them a platform to express their experiences themselves. Nothing says paternalistic quite like listening to someone with authority and power talking about an issue of which they have zero personal experience and pontificating on what needs to be done for the people affected by it.

This is rightly being called out more often, especially in relation to issues like racism, misogyny and mental health. It simply isn’t tenable to talk for people, we have to give them the opportunity and tools to speak about the issue themselves.

This isn’t just the right thing to do, it is also much more likely to engage and inspire the audiences organisations are seeking to reach because of its authenticity.

Personal stories are what really strike home with almost all audiences, and hearing those stories in the voices of the people at the heart of them is so much more powerful than the second hand telling of them. That’s why many organisations are moving away from creating neat and tidy case studies to illustrate a point and working more to give people the chance to tell their own stories directly.

The importance of empathy

Some days it feels like the UK is suffering from a serious empathy deficit. This is exacerbated by the tendency of social media in particular to amplify, provoke and even reward knee-jerk and highly judgemental hot-takes on the actions, motivations and circumstances of others. This is often at its worst when passing judgement on someone who is part of a group or community outside of the mainstream, who we might view as simply part of a homogenous collective who all share the same attributes, attitudes and failings.

People of colour, immigrants, trans people, gypsies and travellers – they and many other groups are used to being judged and condemned by this dehumanising form of thinking, but it is a form of thinking that almost never survives contact with the real world and actual people. Providing a platform for people drawn from different communities and backgrounds is one of the most effective tools for challenging that thinking and creating much stronger bridges of understanding and empathy.

It isn’t easy but it is worth it

It’s often much harder and takes more time and effort to involve people with direct experience in your communication or your organisation more generally, especially so if you want to genuinely co-produce something with them. On the surface, it is much easier just to stick with the conventional approach and do it yourselves, not least because you may encounter resistance from some inside or outside your organisation who cannot or will not understand the time and effort that needs to go into this approach or the benefits it will bring. Unfortunately, particularly when it comes to developing new services or seeking to engage specific audiences, the old adage of “buy cheap, buy twice” applies. Giving people with direct experience a central role and agency reaps rewards, time and time again.

In most cases, the issue that people have direct experience of is not a positive one and there is often a very personal cost for them when they use and recount that direct experience as part of tackling an issue or engaging other people on it. Involving people with lived experience is not a tick box exercise or a chance for an organisation to virtue signal, nor should they ever be used as participants in an “experience safari” for people or decision makers from privileged backgrounds or positions of influence. People must get support and training for sharing their experiences, feel empowered to share them in environments that are comfortable for them and be protected from the negative impact it can have.

On the flip side, you also have a strike a balance when involving someone with lived experience in communicating with a group of people who are at risk from the same issue or getting involved in something similar, that their involvement doesn’t unintentionally glamourise that issue and put them at greater risk.

Get on board or get left behind

Any organisation that is seeking to make progress on any social or environmental issue simply cannot afford not to involve and empower people with lived experience. It is no longer credible to try to just communicate for and to people – it will not engage audiences anywhere near enough and it won’t produce the results you are looking for. You cannot hope to succeed in making progress on any of the many complicated issues our society and natural world faces without the voice and insights of those who are most directly affected.

If we are to achieve an inclusive and just transition to a sustainable world, organisations across every sector need to think differently not just about who to involve and engage in strategy, research and design, but also how to ensure their voices are heard.