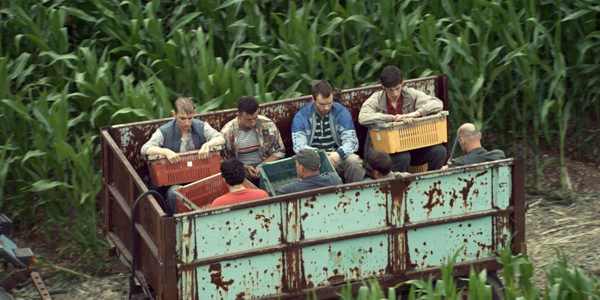 Theresa May has made it clear that as Prime Minister she is determined to continue the mission against modern slavery, which became one of the hallmarks of her time as Home Secretary.

Within a couple of weeks of moving in to Number 10, Mrs May set up the first ever government task force on modern slavery to ensure that all government agencies understand, comply with and enforce the Modern Slavery Act.

The Act, which came into force a year ago, was a defining moment in British legal history. The first of its kind in Europe, the Act is designed to make it easier to prosecute traffickers, ensure tough sentences for organised crime and to help keep victims of slavery safer. Maximum sentences have been increased and courts granted powers to restrict the activities of suspected gang-masters.

Has the Act made a difference? Prosecutions have increased and there are encouraging signs that agencies are working more closely to ensure the strongest possible cases are prepared and prosecuted. Staff who investigate and prosecute trafficking are receiving better training. Measures are being put in place to ensure the rights of victims, witnesses and potential victims of human trafficking are upheld. It is hoped this legal framework will encourage more victims to come forward.

It is a growing problem. The number of potential victims being trafficked into Britain has risen by 245% over the last five years, according to official figures. Police and other authorities identified 3,266 people last year thought to have been victims of modern slavery compared with 946 in 2011, a rise that has prompted disquiet among MPs and charities. Nearly 1,000 extra cases were recorded last year.

Few expected the Act, on its own, to solve what is a global challenge. The scale is too great, and the grim reality of modern slavery is so deeply entrenched in everyday life. In modern Britain slaves are working everywhere: in car washes, nail bars, the catering and building industries, and in fields and factories. It is a world where there is no National Living Wage, no sick leave or paid holiday, no health and safety regulations.

What drives modern slavery is the demand for cheap goods, cheap labour and cheap sex, together with an endless supply of vulnerable people. More people become trapped by this vulnerability during times of uncertainty and economic hardship, by wars and by famine.

The UK’s decision to leave the European Union was heavily influenced by public concern over the freedom of movement of people seeking work in other countries. There is support for stricter immigration controls which, it is hoped, would underpin efforts to eradicate modern slavery in the UK.

But Brexit brings its own risks: the UK economy seems set for another downturn, which will increase pressure on employers to cut employment costs. Brexit will reduce Britain’s influence on EU-wide law and policy on slavery, and could disrupt co-operation with law enforcement agencies like Europol and Eurojust. It also raises questions about our commitment to the European Convention on Human Rights, opening the way for legal challenges to some of the hard-fought gains of recent years.

At this time of great uncertainty, business has an opportunity to show leadership by making a clear public commitment to honour existing European legislation and promising to work across the continent to help combat the scourge of modern slavery. A good example of this would be a commitment to conduct due diligence of international supply chains and to work only with suppliers who commit to the same standards.

It was heartening to hear Mrs May put responsible business at the heart of her Conservative leadership manifesto, which included a plan to reform corporate governance. She has given reassurances that progressive employment policies will be a building block of the new United Kingdom as it begins life outside the EU. Now business has an opportunity to demonstrate its leadership by guaranteeing fairness in all UK workplaces.