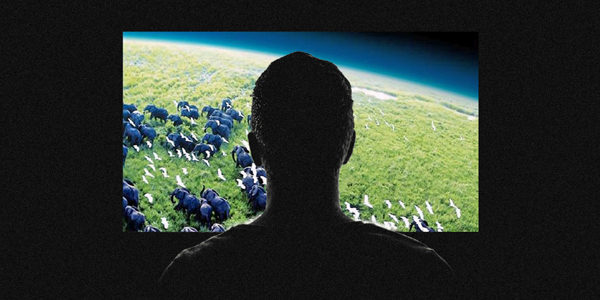 Harry Day looks at the communications challenge of turning us from passive consumers of amazing nature documentaries into active participants in protecting our natural world.

Watching the stunning David Attenborough documentary Planet Earth II, it’s impossible not to be captivated by the wildlife. From hatchling iguanas being dramatically chased by snakes to the bears dancing up against trees, the footage is phenomenal.

The first episode of Planet Earth II was watched by more than nine million people, and the series attracted more viewers aged 16-34 than the X Factor; clearly, there’s great interest – not least among young people – in our natural world.

But how do we square that fascination with the fact we are playing a major role in its decline? WWF’s recent Living Planet Report, which assesses the state of the world’s wildlife every two years, shows that global wildlife populations fell by a startling 58% between 1970 and 2012. It also concludes that human activity played a major role in this.

The five key threats to global wildlife the report identifies – all of which are caused by human activity – include:

None of these are small issues that are going to be solved quickly or easily, but our lifestyles, which are currently exacerbating these problems, can play an important role in turning things around. In the past, many behavior change campaigns have focused on the margins, encouraging us to take small steps that do not fundamentally impact how we live our lives, for example by swapping short car journeys for bike rides. The reasoning behind this focus was sound – we are generally not prepared to make major changes to our lifestyles, even if massive issues like biodiversity are at stake.

However, we don’t really have the luxury of fiddling in the margins any more. To ensure we have the animals and habitats to feature in future nature documentaries, we need to fundamentally shift our approach in two key areas: energy and food. The realisation that we need a fundamental change is already accepted and embedded in many of the businesses who serve consumers in these areas, with Unilever and Ikea as two prominent multinational examples. They are addressing the challenge because they think it is right thing to do and because it makes real business sense.

They, along with other FMCG brands, have also stepped up their efforts to engage consumers more on fundamental lifestyle change, but there is still a long, long way to go in this area. In western economies in particular, there is an urgent need to challenge some pretty entrenched consumer attitudes and behavior around issues like choice and convenience. Some of these can be changed through infrastructure and policy development, for example through promoting more localism and community energy, increasing the use and availability of reusable consumer packaging and prioritising sustainable transport, but behavior change communications has a massive role to play in creating and embedding new attitudes and action in our lifestyles.

At Forster we know that communications has an important role to play in helping to change behavior and trends. From DP World’s involvement in the United for Wildlife Transport Taskforce to promoting greater food recycling in London, we’re helping our clients on a range of initiatives to help move the dial so that more people understand the need for change, and more importantly, act on it. Christmas is always a funny time to talk about more sustainable consumerism, so let’s enjoy this one with a view to making next year’s part of the solution rather than the problem.