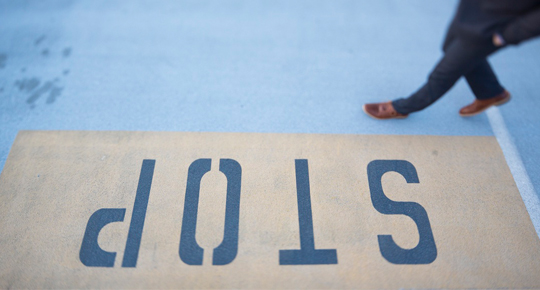 Progress isn’t easy. A lot of the time it feels like you are swimming in treacle, thrashing about and making little headway. Even worse, it can feel like one step forward and two steps back. That is why it is important to take the time to reflect on and celebrate when real tangible progress is made, as there has in our society’s attitudes to mental health. Those attitudes have been transformed over the last twenty years, mainly as a result of long term campaigns and initiatives such as Time to Change and Mind Out for Mental Health, and more recently with a big boost in profile and awareness thanks to the Heads Together campaign.

The result is that, as a nation, we have probably never been so accepting of and sensitive to mental health problems, so there is much to celebrate. Annoyingly though, things don’t progress in the smooth, upwards arc that we would like them to – you might have taken two steps forward in one area but one step back or stood still in another. Focusing on communicating around mental health, there are a couple of key challenges for organisations looking to push the dial forward still further.

The first challenge is that the term itself is becoming a barrier to progress in some areas. “Mental health” as a label covers such a huge range of issues it becomes almost meaningless, used as a catch-all term for everything from a transitory change in mood to a long term medical condition requiring considerable treatment and care. The challenge for many organisations campaigning on mental health issues is to maintain the increased solidarity and empathy that has built up around the core issue and its label while highlighting the very different conditions and impacts that sit within it. The term is in real danger of being appropriated as a marketing tool for selling products and services that have only a tenuous link to the fundamental issues of mental health, not dissimilar to the way “protein” is now liberally splashed across all sorts of food products as the buzzword of the moment. This can be countered by increasing public understanding of the many different forms of mental ill-health. Last year Mind, along with condition specific mental health charities such as Bipolar UK, worked with the BBC on an EastEnders storyline about a character with postpartum psychosis, and a survey it commissioned showed the impact such storylines have on increasing public understanding of specific conditions.

The second challenge is related to the first and it is one of focus and balance. Successful as the Heads Together campaign has been, it has focused on mainstreaming the issue of mental health, of showing how it affects us all and encouraging us to be more open and talk about mental issues with each other. Positive as this is and will continue to be, it puts the focus on our individual relationship with mental health and doesn’t shine a light on the systemic problems, particularly where rhetoric doesn’t match reality. The current government has promised parity of esteem between mental and physical health yet according to the Mental Health Foundation, for every person in the UK affected by cancer over £2,500 is spent on research, while for people with mental ill health it is less than 1% of that.

For campaigning organisations, it is a delicate balance to strike – you need to create a stronger emotional connection to an issue so you inspire support and positive action while at the same time increasing awareness and understanding of the complicated and often difficult reality without puncturing that positive connection. It is something the Mental Health Foundation has done really well during the current Mental Health Awareness Week. Its report highlights just how many of us are affected by the issue and then goes on to point out the hard measures we need to take to actually tackle the underlying, thorny problems and causes.

Anyone who campaigns for change should of course celebrate the great leaps forward, but remember to examine the regression or unintended consequences of such progress, as it is will be invaluable in helping plot out the next positive moves in the never-ending game of social change.