Responding to terrorism – head versus heart 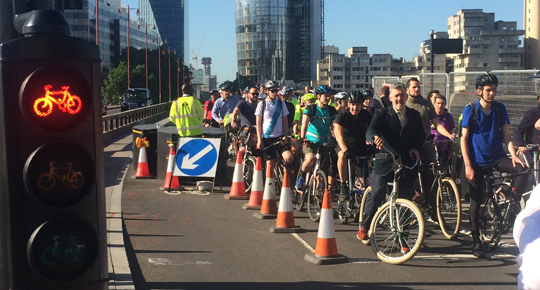 Our office was closed early last week as it was inside the police cordon surrounding Borough Market following the London Bridge terrorist attack. It was a real jolt to see such a familiar place sealed off with police tape, to see the rubbish dropped in panic on the Saturday night still lying in the gutter.

Terrorism is designed to engender fear, and the fear it generates is particularly pernicious as it is largely irrational but viscerally intense. There was an infographic going round social media following the attack which visualised the actual risks of dying in a terrorist attack compared to other causes like cancer and traffic collisions. Terrorism was a tiny dot compared to the blimp of heart disease. I retweeted it but doubt it really quelled anyone’s fears.

Fear of terrorism gnaws away, stoking mistrust and division. Crucially, it can make us uncertain about what was previously normal and everyday, like walking across a London bridge. All the right things were said following the attack, as they were after Manchester and Westminster – “they will never win”, “everything will be back to normal”, “we are going to keep calm and carry on” – but in the immediate aftermath of an incident like this nothing feels normal. As a result, responses from authorities have rightly focused on allaying the visceral fear generated. The most high profile of those responses has been the erection of new barriers on the bridges in central London, to guard against the type of attack that took place in Westminster and London Bridge. They have calmed fears for many, but they will do little to change the actual risks we face from terrorism. Those barriers protect a tiny proportion of the roads and pavements in central London, they are simply a short term symbol of reassurance.

How we assess risk and what we worry about is highly subjective and largely governed by emotion. The rational part of us knows we are at greater risk from heart disease than terrorism, but the latter is far more tangibly horrible. As a child in the 80s I was haunted by the fear of nuclear war but never really worried about the much more relevant and likely risk of being run over when crossing the road.

Advertisers have long exploited our subjective fears, from convincing us our kitchens are overrun with sneaky germs that need to be eradicated to persuading us our children will only be safe in the back seats of tank-like SUVs. The same tactic has been used in many public health campaigns, with the current stark images on cigarette packaging an obvious example.

However if you want to create long term, sustainable change – and get the person who is repulsed by the pictures on the cigarette packet to kick the habit for good – then you need to appeal to people’s rational side and positive emotions as well as their fears. Ironically, the barriers hastily erected on bridges in London have narrowed some of the new segregated cycle lanes which are a great example where both emotional and rational needs have been addressed.

Statistically, cycling in urban areas is pretty safe (but not as safe as it could and should be), quicker than other forms of transport and good for physical and mental health, but for many of us it doesn’t look or feel safe and it often isn’t a pleasant experience. We have run many successful campaigns down the years encouraging people to get on their bikes more, using relevant, positive audience motivators to show it is healthy, enjoyable, cheap, social, efficient and quick. These campaigns have delivered some great results but we consistently hit a brick wall with certain audiences who fear for their safety and the safety of their families when they look at typical road conditions. All the marketing campaigns in the world backed up by statistics on how safe cycling on roads is won’t change their minds.

The segregated cycling lanes recently introduced in London directly tackle that barrier, making the whole experience safer and much more pleasant, and they have been very successful. At rush hour people on bikes often outnumber all other road users on the routes with the new lanes. A combination of evidence-based campaigns and approaches using rational, positive motivators alongside supportive infrastructure, is starting to drive real change. It is helping to turn cycling from something that many view as fringy and for the weird and/or foolhardy into a key part of an attractive lifestyle for all.

Those of us involved in social change need to acknowledge the legitimacy of addressing fear and consider where it fits alongside positive emotional and rational behaviours. As Borough Market reopens, the tragic impacts and broader fears inevitably remain but there is also huge a desire from individuals to show their support. Head and heart sit at the core of successful change and now we need to help turn that immediate support into sustained action, helping everyone to return to shop, eat and enjoy the area. Barriers on the bridges help in the short term but positive, rational, informed choices are key for lasting change.