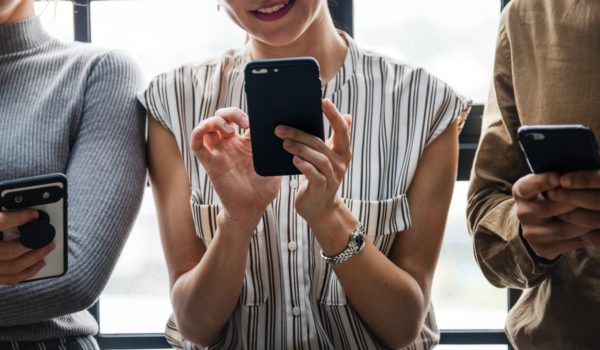 Recently Vice launched Recognise Me in partnership with Stonewall, a campaign to help reform the Gender Recognition Act (GRA). Last Monday, feminist movement Level Up launched a new set of guidelines on how to report domestic homicide in the press called Dignity for Dead Women. This was supported by publications such as Stylist and The Pool, and shows such as Woman’s Hour and Victoria Derbyshire. The same day, stats from Jodie Whittaker’s Doctor Who debut were released – with 264% more girls under 16 tuning in than in the previous season. It also gained positive traction for it’s portrayal of disability.

Gender, misogyny, disability. All over my Twitter feed, all day. In isolation – important issues, but when grouped together – a valuable insight that hints at a sea change for representation for marginalised groups. Three unrelated launches, telling us the same thing: ‘companies are concerned about representation’.

If we dig further we can see trends in audiences

If we dig further we can see trends in audiences – social media savvy young brits, being spoken to in a way that speaks to them, in an arena that works for them, at a time that is convenient for them. Worthwhile issues, but broken down into small easy to action chunks. Stonewall created a step-by-step guide to responding to the GRA consultation, with recommendations. Level Up created five keys guidelines and linked through to an ‘easy to sign’ petition.

The important thing to note, though, is whilst these campaigns launched on social media – they all directed people to a secondary platform. Twitter was used to let people know about the change, but the change is not happening on Twitter. Whilst your own news feed may be filled with praise for Recognise Me, another person’s will be filled with disgust. Such is the nuance of conversation on social media – you mostly only follow like-minded individuals. Whilst these conversations can flag us to important issues, and teach us facts and allow us to experience another’s lived experience, it’s unlikely we’ll ever be seeing the full story.

But this doesn’t stop social media being an important research tool. Twitter is an often under looked but incredibly important research method. Whether that is through using specific social media research tools, or through curating lists of influencers. At Forster, we use the ‘Twitter Lists’ feature on a daily basis to help inform our insights, which we then use to inform our client work. By doing so, we can ensure that we’re identifying topic trends, and helping our clients tap into the wider societal consciousness.

Twitter is an often under looked but incredibly important research method. Whether that is through using specific social media research tools, or through curating lists of influencers.

We’ve written before about the importance of incorporating the SDGs into your business goals, but did you know that mentions of the SDGs in relation to business in the last year have consistently grown, with a year to the day comparison showing over three times more mentions? By monitoring social media trends, we saw this rise and used it to inform our work with Measuring Up.

It’s not just a young person’s game either, with 27% of over 65 year olds using social media within the last three months. That’s over three million people, which is not an insignificant amount. By paying attention to this trend, we were able to take a good base of audience knowledge into our work on the Be More Us campaign with Campaign to End Loneliness.

And whilst we’ll never be a trend forecasting agency, we do have our eye on the ball and that’s what being a good agency is all about – being the eyes and ears for our clients, to inform current work and identify potential.

If you’d like to talk to us about your communications challenges then we’d love to hear from you. Get in touch via email, or give us a ring – or, even, follow us on Twitter.