SOI – an idea whose time has come 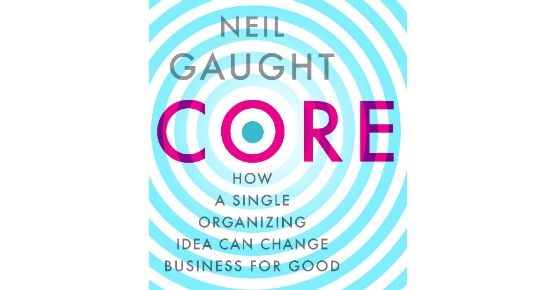 This book has had a long gestation. I’ve spent twenty five years working with organizations of every type and flavour from across the globe – multinational businesses, charities, tech start-ups, faith organizations – and there was always one quality which really marked out the good ones; they had absolute clarity in their reason for being and that reason was never simply to make money.

Many of the businesses I have come across in my career dabbled in social change and sustainability but it was often on the margins, rarely was it seen as a central, essential element of what they did, of what made them tick. What often left me most frustrated was ‘greenwashing’ – the idea that businesses could point to one or two good things they were doing and ignore the rest of their (often harmful) impact. But I pushed it to the back of my mind and got on with the job at hand. That was until the 2008 global financial crisis, combined with technological and political change and a new generation of disruptive thinkers, challenged many of the received wisdoms of how to do business, and I found myself on a mission to do my bit to help organizations look beyond the short-term, profit driven orthodoxy and really consider their reason for being.

The private sector and many of the colossal corporations that dominate it realized some time ago that we can’t indefinitely keep plundering the finite resources of our planet—they’re already running out. We can’t indefinitely keep shifting activity to lower wage economies—soon there won’t be any left. We can’t keep widening the wealth gap because it continually diminishes the number of consumers who can afford our products. Capitalism is running out of options.

At the same time, societal expectations of business are changing. People no longer want to engage with organizations whose sole purpose is to sell us things and make a profit. That seems vulgar and unattractive now. Society expects more.

Businesses can’t keep pretending to be benign to their employees, their suppliers and the planet if they’re not. They operate in a world saturated by social media that now exposes bad behaviour, or indeed any behaviour that doesn’t contribute to the greater good. And when businesses aren’t perceived as contributing to the greater good they can no longer attract and retain high quality employees or investors.

Likewise, businesses can no longer succeed in the long term selling products and services that underperform because, again, social media spreads the word and businesses are being held to account like never before. Increasingly, many businesses are turning to the United Nations’ Sustainable Development Goals as a framework to apply their positive social action to. But, the smart ones are not simply using them in the traditional model of CSR – something to be done on the periphery of the business – but rather are looking for ways to embed them as a core part of their strategy.

What businesses really need to do this more effectively is an understandable, unifying, compelling, relevant and, yes, permanently sustainable conviction set right at the very heart of the business. A Single Organizing Idea (SOI) meets that criteria. In simple terms it’s a strategic management tool that helps businesses revisit their raison d’être and then change at a practical pace from the core outward. It is what this book is about.

This isn’t a book for academics, nor is it yet another business leadership tome. Hopefully it is for anyone who, like me, has a passion for business and social change. I’ve drawn on the minds of many people from business, government, civil society and the media who’ve talked to me about their and our world, and distilled that down into a guide for how an organization can refocus on the difference it can make, to its benefit and the benefit of the world we live in. You can order you own copy at www.routledge.com/CORE-How-a-Single-Organizing-Idea-can-Change-Business-for-Good/Gaught/p/book/9781783537853