The state isn’t the only game in town 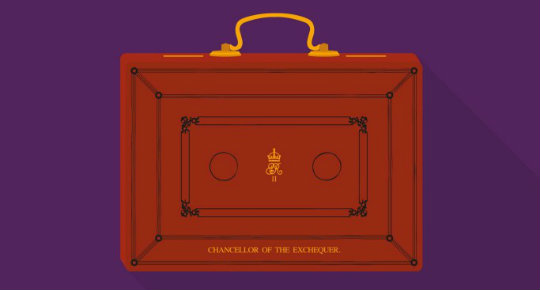 Budgets generally leave many feeling disappointed, particularly those campaigning on a specific issue. When the media does its traditional winners and losers analysis of the impact of a budget, the loser column tends to be the longer one. For most organisations campaigning for change, their responses generally begin with a variation on “We’re disappointed that the chancellor didn’t….”

In that regard, yesterday’s budget was no different. However, it didn’t feel as seismic or important as previous versions and there are perhaps three main reasons for that: the first is that we weren’t expecting much, outside perhaps of much needed action to shore up social care provision, which is what came to pass; the second is that, while it bizarrely wasn’t referred to directly once in the Chancellor’s speech, Brexit seems to be dominating most of government’s waking hours; the third is that this government is not the interventionist type. Its ongoing commitment to austerity measures and its natural disinclination to legislating for change means that, when it comes to social change, they are not the only game in town.

Obviously, the state continues to wield incredible power and influence through policy making, legislation and spending. However the twin, sometimes opposing, forces of globalisation and localism, the increasing influence of social media inspired movements and the growing appetite for getting involved in social change amongst progressive businesses mean that those campaigning for change simply can’t default to targeting government to achieve their aims.

All of this means there are some important implications for organisations looking to deliver social change. Firstly, traditional public affairs approaches, the classic routes for influencing MPs, peers and ministers will become less and less effective without being seen as part of a much more multi-faceted campaign that identifies all the potential levers for change.

Secondly, national borders are becoming less and less important as a framing for campaigns, partly because globalisation has led to businesses who don’t really call one nation home and partly because how people organise and identify themselves in relation to causes is increasingly not governed by nationality.

The third major implication is the reality that we should simply bypass government in our aim to deliver change, that their involvement, endorsement or active support is no longer an essential requirement. This will be exacerbated by Brexit in that the UK government is likely to become even more phobic about legislation to compel change than it currently is.

So, the next time you are looking at creating a campaign, pause for thought when you are considering how you are going to get the ear of the relevant minister or senior civil servant and make sure you’ve really considered who it is that you should be engaging – the answer is likely to be more complicated and exciting than it used to be.