Sustainability leadership: It’s all about the journey 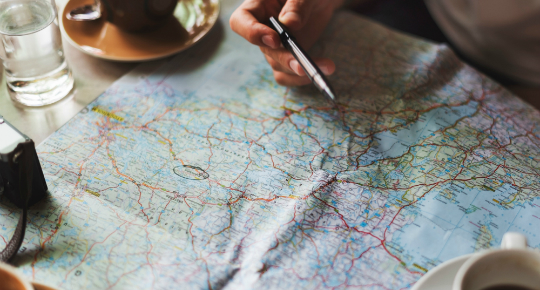 Originally appeared on edie.net in April 2018.

There’s nothing new in businesses taking a leading role in social change, but there’s growing evidence that it is beginning to happen on a scale we haven’t seen before.

Amidst widespread concern around the complex global issues facing us all, there’s increasing prevalence of fair business models and organisations pledging to create positive social change which provides a beacon of hope.

Everyone knows the headline acts like Unilever, M&S and IKEA but the idea of businesses becoming agents for social change rather than simple acting responsibly is embedding itself, and you can see it most clearly in the burgeoning B-Corp movement. Danone Group, which has vowed to become the first multinational group to be certified as a B-Corp, recently announced a major landmark as its $6bn revenue US business DanoneWave achieving the standard. With businesses certified as B-Corp growing 28 times faster than the UK GDP in the last 12 months, it makes good sense.

However, as momentum grows and corporate responsibility programmes become increasingly integrated with consumer marketing initiatives, a new tension is emerging between the long term timescale of creating social change and the short term cycle of marketing, news and public opinion. It quickly sorts those who are genuinely committed – and can be trusted by consumers – and those who are simply jumping on the band wagon.

Corporate responsibility leaders are used to the long game. The Sustainable Development Goals have a 15 year timeline and rely on multi-stakeholder involvement. While quick wins are often available at the start of an organisation’s sustainability journey, leadership teams in established businesses will ultimately need to re-think systems and change entrenched attitudes. Shared responsibilities with third parties are frequent and collaboration, with all its difficulties, is key. The trouble is, consumers want change to happen right now.

You can see that tension writ large in the explosion of coverage and interest in single-use plastics. While not new for sustainability teams – many have been working to reduce single-use plastics and develop a circular economy model for years – David Attenborough’s landmark Blue Planet broadcast at the end of last year pushed the topic into the realms of “something must be done right now”.

With consumer pressure rising, many brands responded with public announcements about reducing single-use plastic in their supply chains. Costa Coffee was the first retailer to put a national in-store recycling scheme in place and since February 2017 it has recycled 14 million coffee cups. It’s a big number but way below their expectations; the public weren’t responding and their pledge to recycle 500 million coffee cups a year by 2020 – the equivalent of its entire yearly sales of takeaway cups – would not be met. Last week Costa launched a second initiative in which they will pay for takeaway coffee cups to be sorted by national waste collectors and recycled, taking away some of the reliance on consumer action.

It’s easy to be cynical and point out that the incentive to bring used coffee cups in store wasn’t strong enough, or an effective campaign wasn’t created – but that is the wrong response. Costa should be applauded for being prepared to test and learn in a public arena; pledges are easy to make but it takes confidence to openly discuss progress and the need to change approach. True leadership, and a trusted authoritative voice, can be gained from sharing the journey with peers, competitors and public alike.

Knowing your audience is critical and the first rule of behaviour change communications. Despite the headlines, the majority of people are margin makers, happy to fiddle at the edges of our lifestyle to be more sustainable, but not ready to make more fundamental changes. Co-op supermarkets may fare better with its plans to switch its own-brand water to 50% recycled plastic bottles which are visibly different, with a cloudier, greyer appearance, which was also announced recently. It will also require public education but encouraging people simply to switch their purchase to a similar product is a much easier ask than Costa’s – and its purchase can be seen by others as a badge of pride.

The combination of sustainability innovation and consumer marketing is not new, with P&G’s successful Turn to 30 campaign taking place 12 years ago. However, the pace of change is speeding up as both the public and key influencers now rely on businesses to be solution providers. Stating an ambition is the easy bit; it’s the journey to turn that into reality and how that is communicated that will become the differentiator. Never has there been a more important time for sustainability and communications leads to work together so that their organisation in a position to talk openly to their employees, their customers and wider stakeholders about why they are choosing to take action and what that means for others.