Time to change the beat 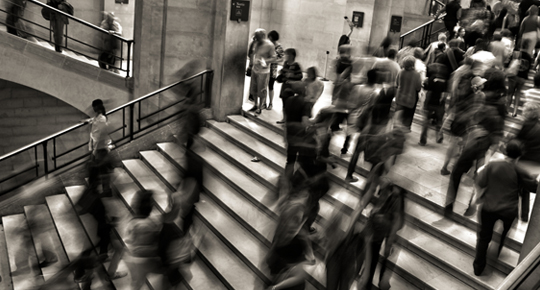 6th April is often a milestone date in the UK, the start of the new tax year and the date when many of the policies and legislation introduced in the preceding budget come into being, like the requirement for employers with more than 250 employees to report on their gender pay gap …

Such legislation comes about following a strange little dance between the business community and the government or one of its public sector bodies. More often than not, businesses are arranged on one side, campaigning for light touch legislation, voluntary agreements, compromises that allow for progression but don’t threaten profits or industry sustainability. On the other side of the room, government is throwing some shapes of its own, trying to balance pressure from the public and interest groups for change, its own desire to improve performance around the environment, social justice and equality, the requirements of policy and legislation from an international entity such as the UN or the EU, while not compromising an industry or sector’s ability to compete and generate economic and social return.

That dance often positions one form of progress in opposition to another – greater environmental protection at the cost of jobs; increased equality at the cost of competitiveness. It seems to be built on the belief that economic and societal progress are mutually exclusive.

With the likely assent of the Great Repeal Bill, we are going to have a lot of fevered dancing as various factions try to increase or scale back the impositions or strictures placed on businesses in all areas. It is going to be exhausting and it definitely won’t be pretty.

Maybe it is time to change the dance. What if all parties decided to move to the same beat? This isn’t a theoretical question, it is actually starting to happen around the Sustainable Development Goals (SDGs). Earlier this year, over 80 major businesses united to call on the Government to demonstrate its commitment to delivering the UN Sustainable Development Goals in the UK and overseas. This call was heeded with the Prime Minister outlining her government’s commitment to playing a key role in delivering against the SDGs, and with government departments starting to publish their plans for how they plan to do so.

So, here’s an external framework and set of goals that can only be realised if businesses, government and civil society move in step. What’s more, there is increasing belief that in doing so, we will be able to deliver societal and economic progress in tandem.

However, we won’t succeed without the support of the public at large. The communications challenge is making SDGs relatable, relevant and important to our everyday lives, as workers, consumers, campaigners and voters.  That is even more critical in a country like the UK, where many are likely to view SDGs as something that only really matters to people in developing countries – for them, not us. However, as Kofi Annan is reported to have said, “We are all developing countries”, and we need businesses, charities and governments to demonstrate the positive impact progress against the goals will have in the UK as much as elsewhere.

We cannot afford for the SDGs to be denigrated in the way that human rights have in the UK, viewed by many as a threat to sovereignty, imposed from outside. Like human rights legislation, the UK played a key role in developing SDGs so maybe we can sell them, in our current Brexit obsessed country, as an example of how we can enhance our reputation and impact as a player on the global stage. Whatever tactic we use, it really needs to work. You can find out more about how businesses and charities are seeking to lead the way on this at ukssd.co.uk.