Time for charities to show their workings 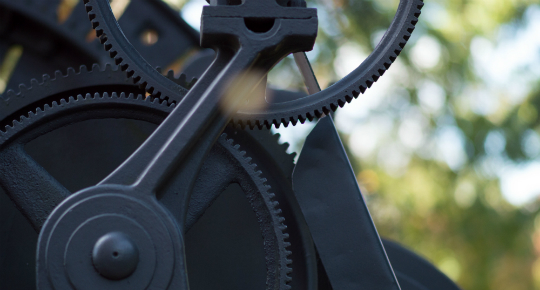 Scandal – if it were a commodity that could be traded, some investors would have become seriously rich this year as we have been drowning in the stuff. It is hard to think of a sector that hasn’t been hit by scandal in 2018 and sadly that includes civil society. The Oxfam abuse scandal put charities on the front pages for all the wrong reasons. There were dark mutterings from some in the sector that this was a result of a shadowy conspiracy involving Government and some aspects of the media, but more reasoned voices pointed to the substance in the accusations and the fact that many charities were probably relieved that their own skeletons hadn’t been wrenched from the cupboard.

Scandals like the one affecting Oxfam do not seem indicative of a general trend, there is no evidence of any growing levels of malpractice and abuse in charities. The sector has had to deal with crises like this before (the Olive Cooke incident should still be fresh in the collective memory) and will have to do so again in the future. However, the world has changed and what has happened this year is another reminder that reputations, for sectors and individual organisations, need to be earned and maintained not assumed or expected – no-one owes the voluntary sector a living.

Reputation and status are vitally important assets to charities – they are currency to help an organisation extend its reach, influence and impact and deliver better outcomes for the end cause or beneficiaries.

When they lose value, the organisation is negatively affected, so it is imperative for charities to be proactive in this area. That can come through the nature of the core work it does but it is also supported by the promotion of its values and working practices. The charity sector is aware of how important reputation is and there are a series of initiatives addressing working practices, from fundraising to HR and diversity.

However, at the moment there isn’t momentum for a more holistic approach similar to how corporate responsibility (CR) has been adopted and developed within the corporate world. It isn’t about apeing what CR is doing in businesses, but it should be about coming up with an approach that provides an equivalent helicopter view and framework for civil society organisations.

The recent report from Civil Society Futures recommended the adoption of a new PACT, four commitments around power, accountability, connection and trust that can help civil society maximise its reach and impact. These are much more about how civil society organisations work and could form the sector equivalent of CR.

Whether it is PACT or something else, there is an urgent need for the sector to build some collective momentum and action in this area. In the future it will not be good enough to point to the end result and the positive difference an organisation has made, it will have to show its workings.