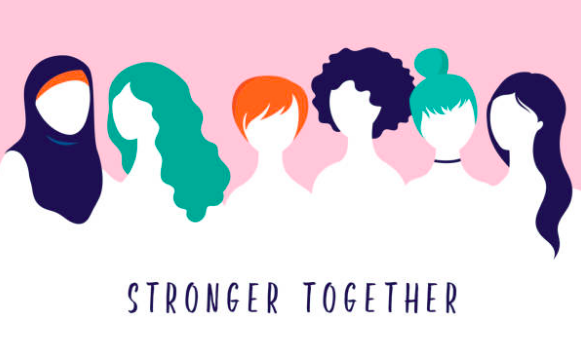 It’s International Women’s Day. Which means a lot of things are all happening at once. We’re celebrating the truly amazing achievements of women around the world. We’re also calling for equality of opportunity and recognition. Richard Herring is no doubt spending the day on Twitter reminding disgruntled users that, yes, there is an International Men’s Day and it’s in November. There are also a seemingly endless number of panels and conferences and think pieces (yes, hello, here’s another one), where everyone tries to remind us that they too, care about equality.

All of which is great. Obviously, it’s incredibly important that we all take time to consider equality and how we’re working towards it as a global society. But that does beg the question: are we doing that? Are we reflecting on the issues? Or are we shouting excitedly about how brilliant we all are because of what we’ve achieved over the last year? Are we listening to the voices of women who aren’t feeling in a particularly celebratory mood this IWD? Are we helping to elevate those voices, listening to what they need and what they want to celebrate? Or, are we seeing the same few women asked to appear on every panel, take part in every show and write every think piece?

The issue for most organisations around awareness days such as this, is that they’re being watched in a way they haven’t been traditionally. There is tremendous pressure to respond, to say something. Because if we’re not talking, we’re not doing. Or that’s the presumption. So perhaps it’s understandable that comments are rushed out, events hastily put together. When that happens, it might suddenly occur to us that we don’t have the variety of voices or examples of what we’ve done to make #EachforEqual a reality. But, now there’s pressure to do something. There’s a deadline. So, we go ahead and ignore the voices that most need to be heard.

The good news is that IWD is an annual event. There’s time to prepare for the next one. In fact, even better news (or not), women and the issues that are preventing their equality, exist all year round. Action now will make communication later much easier. So, rather than jumping to fill panels with the same people, all of whom seem to talk in much the same way, perhaps take the time to find women who haven’t been given that chance. Find the issues that you as an organisation can make real, meaningful change on. Then take action on those issues, instead of rushing to add platitudes now. You might find that next year, you can talk about what you’ve learnt. Or, better yet, you can give someone else the platform and opportunity to talk about it for you.

At Forster, we will be celebrating this IWD by actively seeking out and championing voices you might not have heard from before, and reflecting on these important issues to inspire our thinking for next year.