You’ll never solve the crisis without the art 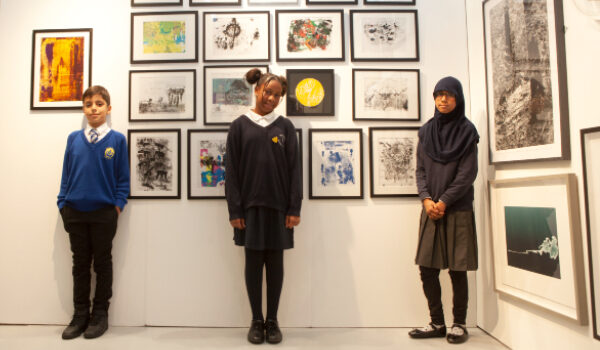 How do you solve a problem like climate change? Left brain or right brain? With brash targets and big plans for net zero or by painting pictures of the future?

The thing is, climate change isn’t just a science problem. It’s about our culture and behaviours. It’s a product of what we value. So if all we generate in response are clever technical solutions reinforced by law and regulation, we’re never going to keep global warming below 2 degrees.

That’s why art and culture have such an important role to play in explaining and motivating the shift in culture and behaviour that’s required to address ecological breakdown.

It’s also a way that young people can express their personal response to the climate crisis and take ownership of the predominant issue that will most affect their future lives.

These ideas underpin a pioneering visual arts programme called the Young London Print Prize. Launched in 2020 during the pandemic, it works with young people and schools from low-income neighbourhoods over a period of six months each year on a four-stage programme to inspire and showcase their creativity.

All the work throughout this process is themed around the concept of climate art, and created, judged and curated by young people themselves.

The first stage focuses on capacity-building: co-designing the programme with teachers and enhancing their skills as artists and educators.

The second stage is about delivery: going into schools and working directly with pupils aged 10 and 11 to prompt their submissions to the Prize.

Then in the fourth and final stage, the winners are announced and exhibited next to world famous artists at one of Europe’s leading art platforms, called Woolwich Contemporary Print Fair. This celebration takes place alongside an annual symposium bringing together leading figures from the worlds of culture and sustainability to debate and challenge current policy and practice.

The impact of this Prize is to develop confidence, self-motivation and creative expression in young people. It’s not about churning out environmental activists. It’s much more in the spirit of what Sarah Corbett and the craftivism movement call ‘the art of gentle protest’. Mindful activism based on reflection and on self-expression through the medium of printmaking.

Don’t get me wrong. Many of the 1,500 young people taking part produce incredibly powerful art. But it’s often surprising, frequently abstract, and much less apocalyptic than the visions of climate change presented by adults and adult artists.

So if you work in business or Government and your mind is turning to Cairo and COP27, think very carefully about the role of art and culture.

You might have a brilliant net zero pathway on paper. But if your colleagues and customers can’t picture – let alone commit – to a sustainable society, they won’t be prepared to carry the cost. (And believe me, there is a cost coming in a decade of climate action).

And think hard about young people too as agents of change. But not just in the mould of heroes like Xiuhtezcatl Martinez, Lesein Mutunkei or Greta Thunberg.

Most of them aren’t activists and don’t want to be. But they are already citizens, consumers and above all, creatives.

To get involved in the Young London Print Prize, visit woolwichprintfair.com/young-london-print-prize and contact  The winners will be announced on Thursday 3 November 2022 and exhibited at the 7th edition of Woolwich Contemporary Print Fair.